Are Smartphones Causing Horns To Grow On Young People's Skulls?


There have been reports that excessive usage of the smartphone can cause young people to grow 'skull horns'. 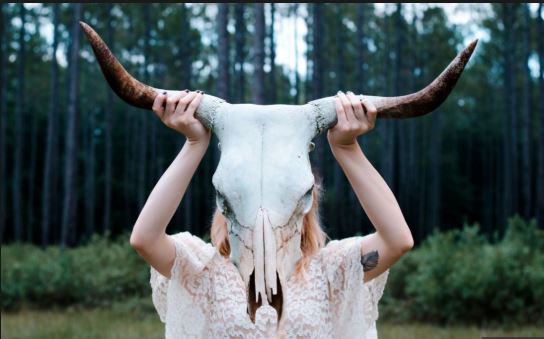 A study linking a medical condition where young people grow “skull horns” to constant straining of the neck and head, especially while using smartphones, has made the news — but refuted by some experts.
Conducted by Australian researchers from the University of the Sunshine Coast in Queensland, the study suggested that young adults or teenagers who spend more time with their mobile devices are at risk of the abnormal growth, otherwise known as ‘external occipital protuberance’ (EOP).
EOP is a bump on the back of the skull in the middle, just where the neck muscles attach to the head.
The study, which involved more than 200 X-rays of people, between the ages of 18 and 30, found that 41% had developed a 10 to 30 millimetre bony lump at the back of their skull.
They claimed that smartphones and other handheld devices are contorting the human form, requiring users to bend their heads forward to make sense of what’s happening on the miniature screens.
Although the findings of the study were initially published in 2016, David Shahar and Mark G.L Sayers, co-authors for the study, worked on a follow-up paper documented in the journal Scientific Reports last year.
The claims further gained currency after the BBC published an article on June 13, titled “How modern life is transforming the human skeleton” — where it cited their work.
While this condition is natural among elderly adults due to factors such as ageing, the study attributed more “skull horns” growth in teenagers based on poor posture from people craning their heads forward more because of phone and mobile device usage.
“In theory, constantly tilting your heavy head forward to look at screens, instead of holding it upright as it’s meant to sit, may strain the neck and back of the head enough to result in bone growth in the surrounding tendons and ligaments,” said the researchers.
THE REFUTAL
However, some medical experts and critics have disregarded the study’s results and generalisation noting the methodology employed for the analysis as undetailed.
John Hawks, a professor for the Department of Anthropology at the University of Wisconsin-Madison, argued in a Medium post that the study only used a single table of results which contains erroneous information.
“The paper has no table of results, so we cannot see the frequencies that the authors observed. The paper does have one figure (I’ve included it here) that seems to show a difference between people of different ages. But that figure has to be wrong because it conflicts with the text in a major way,” Hawks wrote.
Similarly, Mariana Kersh, an assistant professor at the University of Illinois at Urbana-Champaign and Director of the Tissue Biomechanics Laboratory, told CNN that the time spent on smartphones was not consistently measured.
“There is no information about the duration or frequency of hand-held device usage in this study, so it is not possible to draw any correlation between the observations of enlarged EOPs and hand-held device usage,” Kersh said.
***
Source: TheCable
Top Stories