Many Escape Death As Trailer Suffers Brake Failure, Falls On Its Side In Ikorodu (Photos)


Many people have escaped death in a community in Lagos state after a trailer suffered brake failure in the area. 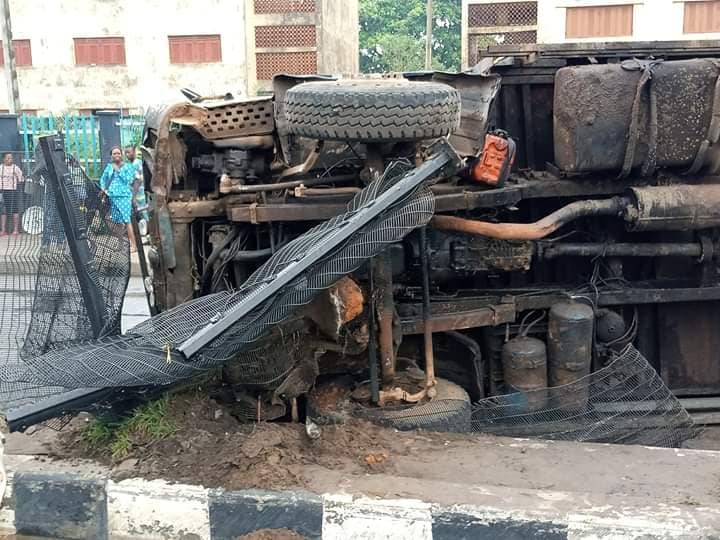 Some photos have emerged online showing the aftermath of an accident in Lagos.
The photos show a trailer lying on its side after apparently falling over in the accident. According to local reports, the trailer fell over after suffering a brake failure.
The sad incident happened on Wednesday, June 26th in the Ikorodu area of Lagos state, causing quite a serious stir in the place.
Local reports show that the incident happened at Garage bus stop where some traders usually display and sell their wares by the road. Thankfully no life was lost in the accident.
See more photos below: 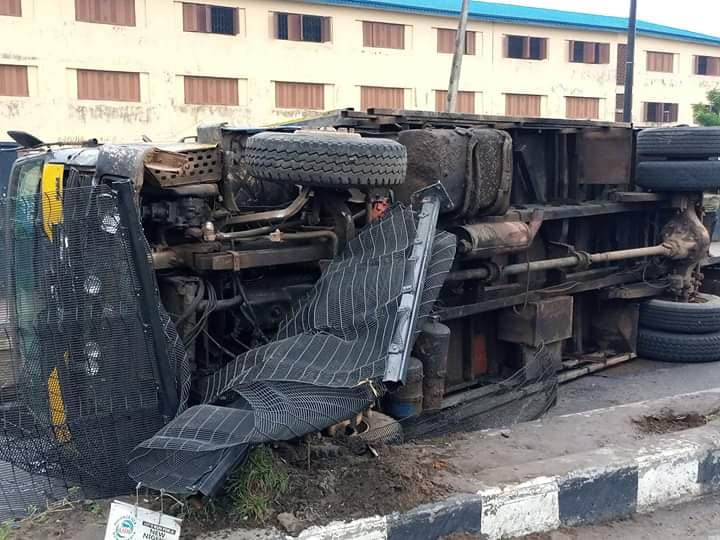 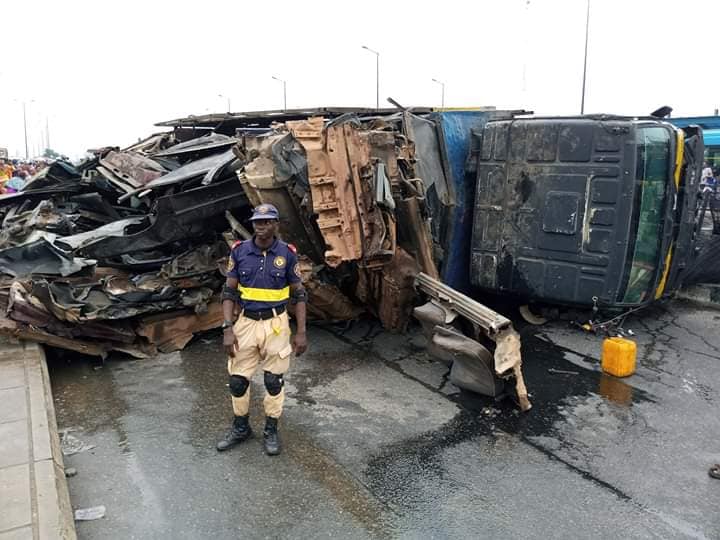