The pre-election suit challenged the eligibility of Mr Abiodun over his failure to participate in the National Youth Service Corps (NYSC) scheme. 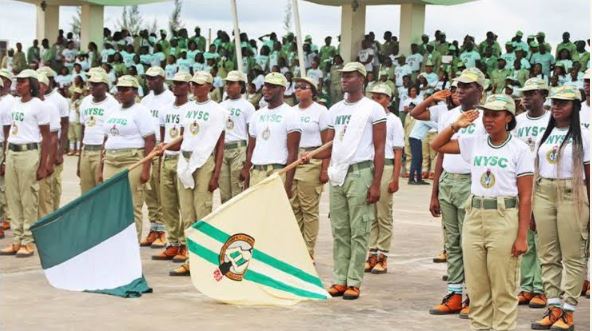 File Photo
A Federal High Court in Abuja says a candidate cannot be disqualified from an election for failure to participate in the National Youth Service Corps scheme.
The court made this pronouncement on Wednesday when it struck out a suit brought against the Governor of Ogun State, Dapo Abiodun, by a former senator, Iyabo Anisulowo.
The pre-election suit challenged the eligibility of Mr Abiodun over his failure to participate in the National Youth Service Corps (NYSC) scheme.
The NYSC was established in 1973 and participation is mandatory for all Nigerians who graduate from a tertiary institution in or outside the country before they attain the age of 30.
The presentation of the NYSC discharge certificate awarded at the end of the one-year scheme is a requirement for employment into the formal sector in Nigeria.
Last year, the ruling All Progressives Congress (APC) disqualified the then Minister of Communications, Adebayo Shittu, from running in its governorship primaries in Oyo State after PREMIUM TIMES exposed him for skipping the NYSC scheme after taking a degree in Law in the late 1970s.
Despite the revelation that he dodged the NYSC, President Muhammadu Buhari allowed Mr Shittu to remain as minister until the dissolution of the federal executive council last month.
The former minister challenged his disqualification from the APC primaries but the court dismissed his suit against the party.
Mr Shittu also accused the APC of double standards for allowing some aspirants such as Mr Abiodun to run for its tickets even though they had also been accused of skipping the NYSC scheme despite being graduates.
The former minister has also sued the NYSC, arguing that participation in the NYSC is not a requirement to hold public office.
Also last year, Kemi Adeosun was forced to step down as Minister of Finance after PREMIUM TIMES revealed that she forged an NYSC exemption certificate which enabled her to be cleared for an appointment first as a commissioner in Ogun State and then as a minister in 2015 by President Buhari.
Mrs Adeosun had graduated from an institution in the United Kingdom before the age of 30, which made her eligible for participation in the NYSC scheme.
An exemption certificate is awarded only to Nigerians who are older than 25 years when they graduated, those serving in the military or security forces or those exempted on health ground.
Mrs Adeosun’s case is, however, different from that of Messrs Shittu and Abiodun because they did not use forged NYSC certificate neither did they falsely claim to have participated or be exempted from it.
The Abiodun judgement
In the suit against Mr Abiodun of Ogun State, his counsel, Wale Ajayi, had prayed the court to dismiss the case against his client, saying participation in the NYSC scheme is not a requirement for participation in elections.
Justice M A Mohammed, in his judgment, dismissed Mr Abiiodun’s notice of preliminary objection and proceeded to deliver judgment on the substantive suit.
The judge also noted that the plaintiff failed to establish that Mr Abiodun presented false academic claims to the Independent National Electoral Commission (INEC).
He held that the NYSC Act does not stipulate that a candidate who failed to participate in the NYSC scheme be disqualified from elections.
The judge pointed out that a candidate can only be disqualified based on Section 177 of the Constitution, and subsequently dismissed the suit.
The section states: “A person shall be qualified for election to the office of Governor of a State if: (a) he is a citizen of Nigeria by birth; (b) he has attained the age of thirty-five years; (c) he is a member of a political party and is sponsored by that political party, and (d) he has been educated up to at least School Certificate level or its equivalent.”
The court said since Mr Abiodun has not breached any of these provisions, the suit lacked merit.
The implication of the judgment is that candidates seeking election to contest governorship elections in Nigeria no longer need to present NYSC certificates.
The case is the last of a series of pre-election matters filed in court against the Ogun governor. The other cases had been similarly dismissed.
Only on Monday, the Supreme Court dismissed a similar case brought by Abdulrafiu Baruwa challenging the qualification of Mr Abiodun on the ground of failure to disclose all his academic qualifications.
Top Stories