A driver has met his unfortunate end after being electrocuted to death in Anambra. 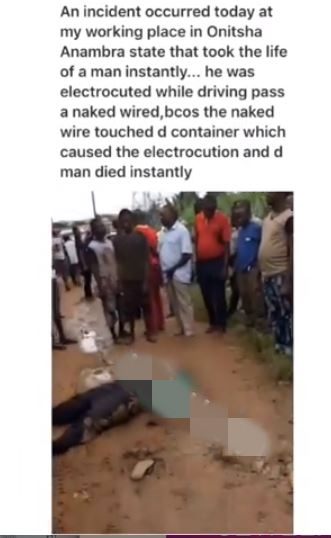 The driver died after being electrocuted
A truck driver has met his untimely death in Onitsha, Anambra state after being electrocuted.
It was gathered that the incident happened after the container the driver was driving touched the exposed part of an electric wire. He died instantly.
The tragic incident attracted the attention of passersby who couldn't do anything but watch.
Watch video below:

Disturbing: Truck driver electrocuted, as the container he was conveying makes contact with a high-tension wire in #Anambra