A Nigerian born and living in the UK for more than 30 years has been given 14 days to leave the country or be deported. 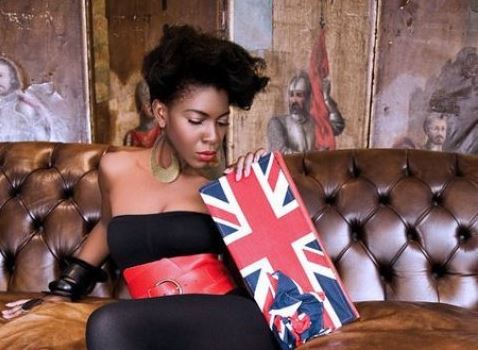 Bumi Thomas
Bumi Thomas has been told she is illegal despite being born in Glasgow and spending most of her life in the UK
A musician born in the UK faces being kicked out of her home because of a little-known change to Home Office legislation.
Bumi Thomas was given 14 days to leave after being told she is illegal despite living here most of her life. The rising jazz star grew up thinking she was British, attended university in the UK and has legally worked and paid taxes since graduation.
However because her parents are Nigerian, she now faces deportation and being separated from her family and friends. The situation bears a chilling resemblance to the Windrush scandal, which saw many people deported in error after decades of life in the UK.
Ms Thomas was born in Glasgow in June 1983 to parents who came over from Africa in the early 1970s. In January 1983, Margaret Thatcher’s Tory government changed the British Nationality Act that removed the automatic right of citizenship for children of parents from former colonies.
The singer’s parents should have registered her but were unaware they needed to do so. In a twist of irony, Ms Thomas’ elder sister Kemi was born one year before the Act and has always had legal status.
The musician, 36, believes she is a victim of an increasingly hostile attitude by the Home Office to migrants in the UK. She told the Mail on Sunday: ‘My parents came here at the end of the Windrush era. ‘I had a National Insurance number, I had my birth certificate, I’d got a driving licence, a bank account, I went to college.
‘At no point during that process was there any indication I was doing anything incorrectly.’ Speaking to Metro.co.uk, she continued: ‘I have never had any question in my mind that I’m British and Scottish. ‘And that’s something I’m proud of. But according to a piece of paper, suddenly what I think about myself isn’t valid. It’s an illusion.’
At the age of three-and-a-half, Ms Thomas and her family returned to Nigeria. She came back to the UK as a teenager, thinking she automatically had dual British-Nigerian nationality.
After graduating with a degree in fine arts from Bath Spa University she began to work and moved to London, where she now lives with her sister.
It was only at the age of 25 when she went to apply for her UK passport that she was told she was never registered as British. The Home Office was told she had technically overstayed in an illegal capacity.
Ms Thomas said her case was classed as ‘complex’ and she was told to use human rights legislation rather than immigration laws to fight it. That marked the start of an ‘exhausting and expensive’ decade-long legal battle.
Two weeks ago she received a letter from the Home Office saying her application for permanent residency had been unsuccessful. She was given 14 days to appeal or face detention without notice.
Ms Thomas has since lodged an appeal and is awaiting a court hearing. The musician, who has performed at the Royal Festival Hall and London Palladium, continued: ‘My parents had no idea of the law change. 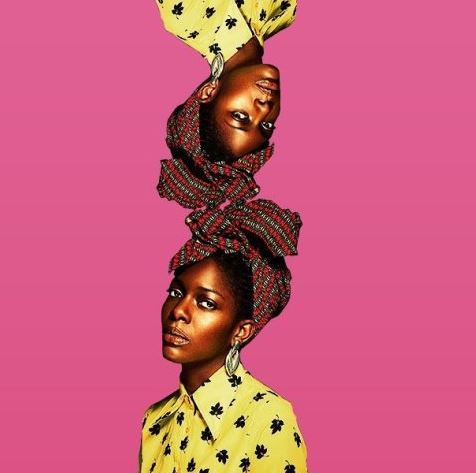 ‘This was in an analogue age, where correspondence was written and there was no social media.’ She added: ‘When I was told I wasn’t British, I was shocked and devastated.
My soul and my spirit were screaming. ‘Nigeria is foreign to me and I am a foreigner there. I’ve been in the UK for 18 years.’ Ms Thomas’ grandfather came to the UK to study medicine and she said her parents were also given a warm welcome as part of the Windrush generation – when people from former colonies came to the UK to rebuild the country after the Second World War.
She said their treatment was in stark contrast to the way the Home Office was now treating her and thousands of others who ‘fall through the cracks of the system.’ She added: ‘There is a stigma attached to being an immigrant these days.
‘At no point did I ever think I was doing anything wrong. ‘When my parents came over they were welcomed but now it is different. There are people who have lived in the UK for 30/40/50 years facing hostility.’
Ms Thomas continued: ‘The Home Office right now has a hostile environment policy, a set of administrative and legislative measures that are designed to make staying in the UK as difficult as possible for people like me.’
The musician should be making her US debut at the Ford Theatre in Los Angeles in October but the immigration issues mean that is now in doubt. She has launched a gofundme page to help towards legal costs, which are already at £7,000 and rising.
Ms Thomas’s lawyer, Fahad Ahmed, said she missed out on automatic citizenship by a matter of months and added: ‘Courts take a less harsh view than the Home Office, and if someone can prove their life is here, the courts will use their discretion.’
The British Nationality Act 1948 gave citizens of British colonies the right to settle in the UK. Since they had the legal right to come to the UK, they never needed nor were given any documents upon entry. In what later became known as the Windrush scandal, many were wrongly detained, denied legal rights or deported in administrative blunders.
The Home Office is set to pay up to £200 million in compensation to people whose lives were damaged by their mistaken classification as illegal immigrants. The Home Office has been contacted by Metro.co.uk about Ms Thomas’ case.
Culled from Metro UK
Top Stories