A young man from the South-eastern part of Nigeria has revealed how his girlfriend sleeps with both sexes and admires elderly men.

Relationship adviser and blogger, Joro Olumofin has shared the story of his girlfriend who is sleeping with both men and women, purportedly.
According to him, she also admires elderly men and has been in touch with one. He claims to love the lady so much and he is willing to marry her despite her inadequacies.
Read the full gist below: 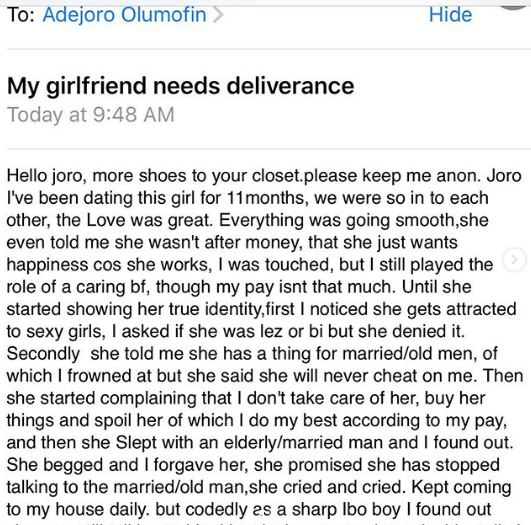 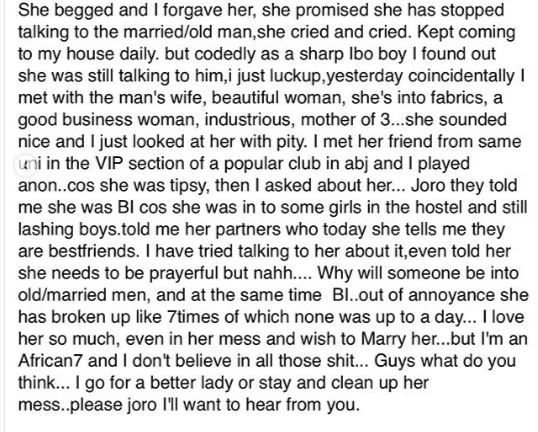