A woman alleged to specialize in producing fake peak milk has been nabbed by security agents. 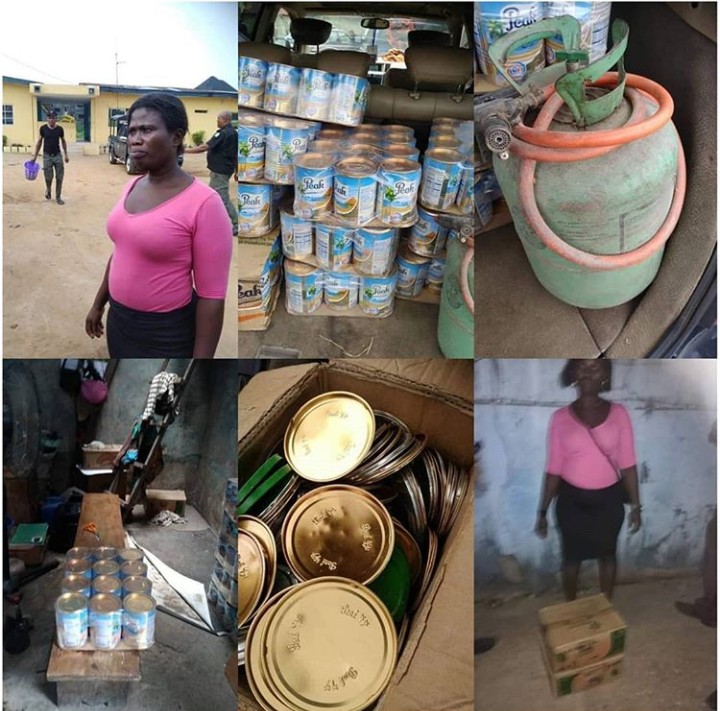 The suspect
Security operatives have nabbed a Nigerian woman accused of allegedly producing fake Peak Milk in Nigeria.
She's now under police investigation as more details will emerge later.
The latest discovery is coming after the National Agency for Food and Drugs Administration and Control (NAFDAC) in 2017 intercepted a transport vehicle laden with counterfeit Peak Milk products from reaching targeted market in Lagos.
The vehicle, which was suspected to have taken off from the South East, was bound to Lagos State carrying several cartons of the near-perfect Peak Milk products of the 450g refill size when the agency’s surveillance team discovered and seized it.
Top Stories