After being accused of sexually assaulting the wife of a popular musician, Pastor Biodun has finally broken his silence. 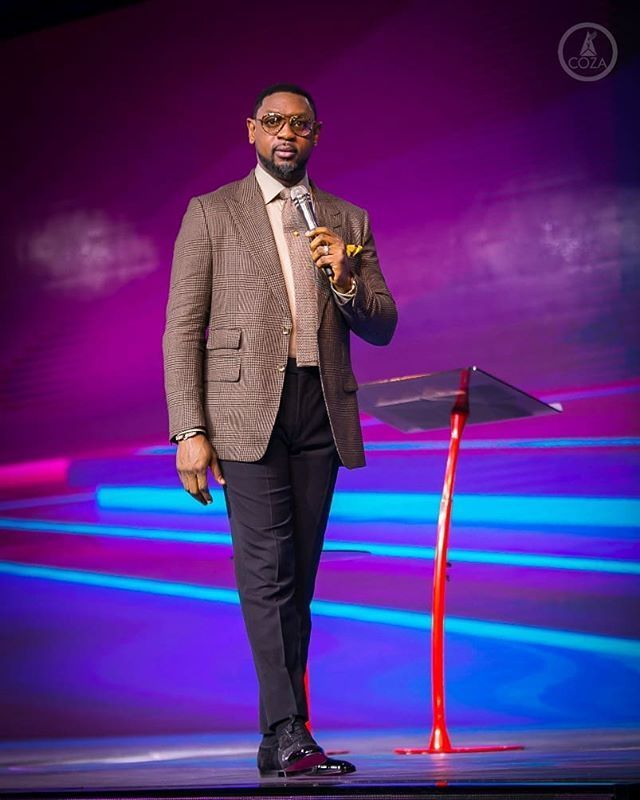 Pastor Biodun
The pastor in charge of Common Wealth of Zion Assembly, Biodun Fatoyinbo has reacted to reports that he raped Busola Dakolo, wife of Nigerian musician, Timi Dakolo.
In a statement he released online, the pastor denied ever raping the woman.
"I have NEVER RAPED before, not even as an unbeliever!" the man of God summarized.
Read the statement below: 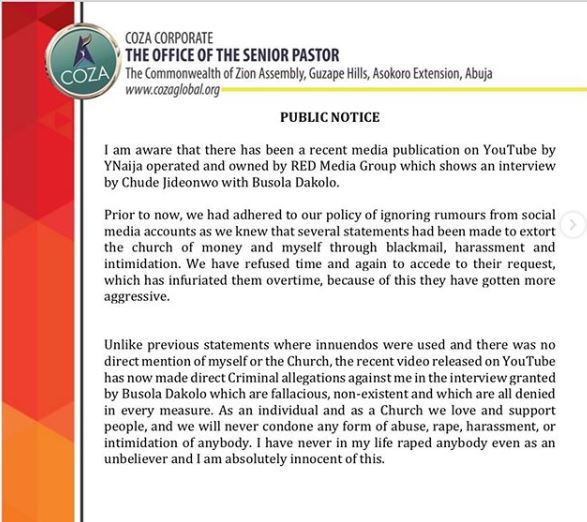 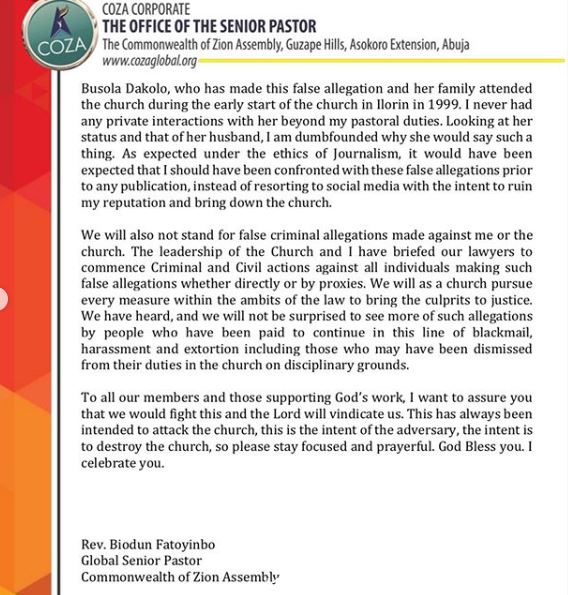