Six people have been jailed after they each hired another hitman to carry out a murder that was never committed. 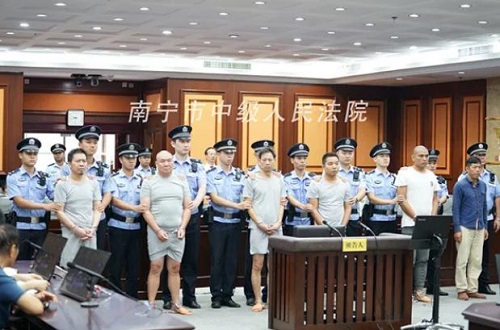 Real estate developer sentenced to five years in prison, while the hitmen were given sentences between two and hour years

A group of hitmen have been jailed after repeatedly trying to subcontract a job to each other in Guangxi, China.

The plan crumbled when the final hitman met the man, named only as Wei, in a cafe and proposed faking his death.

All six men - the five hitmen and Tan - were convicted of attempted murder by the court in Nanning, Guangxi, following a trial that lasted three years.

The saga of the subcontracted hitmen dates back to a professional dispute in 2013, when Mr Wei took legal action against Tan's firm, the Nanning Intermediate People's Court said on its website.

Xi accepted the job but shortly afterwards asked another hitman, Mo Tianxiang, to kill Mr Wei instead, offering him ¥1m. After Mo accepted, Xi renegotiated with Tan to be paid another ¥1m after the killing. 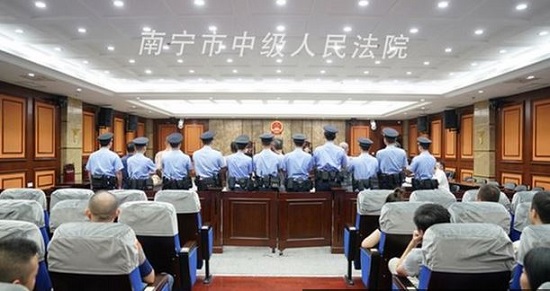 But Mo in turn contacted another man, Yang Kangsheng, who agreed to carry out the killing for an upfront fee of ¥270,000, with another ¥500,000 to be paid afterwards.

Yang Kangsheng then offered another hitman, Yang Guangsheng, ¥200,000 to assassinate Mr Wei, also with a bonus of ¥500,000 after completion.

Finally, the chain came to an end when Yang Guangsheng offered a fifth hitman, Ling Xiansi, ¥100,000 to kill Mr Wei.

Instead of carrying out the murder, Ling met up with Mr Wei in a cafe, told him there was a hit on him and proposed a plan - that the two of them fake the murder.

Mr Wei agreed to pose, gagged and bound, for a photo that Ling could take back to Yang Guangsheng - before later reporting the case to the police.

The case initially went to trial in 2016, but the six defendants were acquitted due to a lack of evidence. Prosecutors appealed against the decision, and the second trial lasted three years.