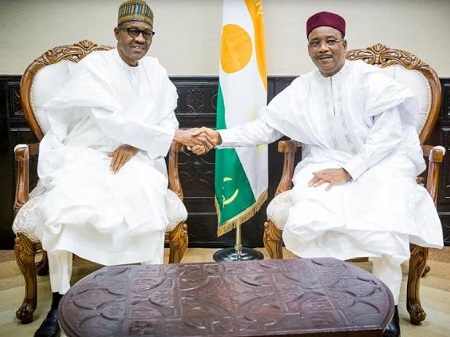 President Issoufou Mahamadou of Niger has been elected the new chairman of the Economic Community of West African State (ECOWAS).

Mahamadou was elected on Saturday at the end of the ordinary session of the ECOWAS authority of heads of state and government which held in Abuja.

He succeeds President Muhammadu Buhari who was elected in July 2018. Buhari took the mantle from President Faure Gnassingbé of Togo.

The position is typically held for a year.

ECOWAS announced that its next ordinary session would hold in Abuja on December 21.

The presidents of 13 of the 15 heads of state attended the 55th session. They include the presidents of Benin, Burkina Faso, Cote d’Ivoire, The Gambia, Ghana, Guinea, Guinea Bissau, Liberia, Mali, Niger, Nigeria, Sierra Leone, and Togo.

Also in attendance were Jean-Claude Brou, president of ECOWAS Commission and Mohamed Ibn Chambas, special representative of the United Nations secretary-general for West Africa and the Sahel.

Buhari had called on the leaders of member states to join forces together if they must tackle insecurity.
Top Stories