As the economic recession in Nigeria bites harder, Nigerians seems to be using social media humour to escape any looming depression. 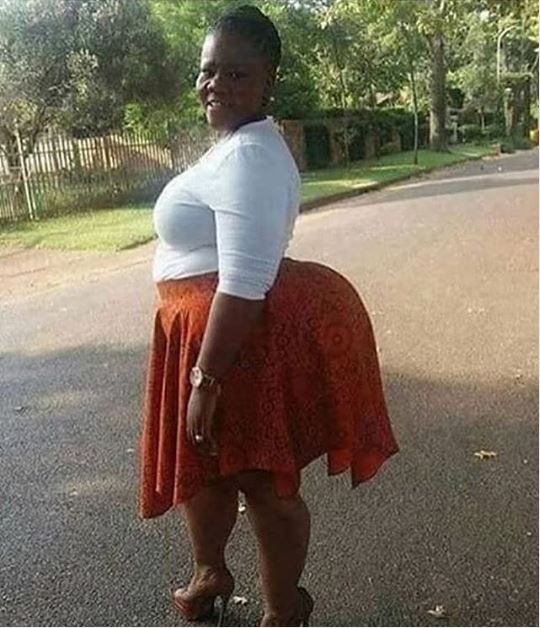 The debated picture in question
This is a mind-boggling photo retrieved from a massive social media page where Nigerians have debated heavily on the authenticity of the huge backside of this unnamed woman.
Some social media users took time to drop hilarious commenters that threw the page into a rowdy session of heated arguments. A group of people alleged the seeming black American woman must have squeezed a piece of foam under her skirt before taking the photo.
Others claim it might be a photoshop exhibition wihile some suggested it could be a product of booty implants as seen in the developed world.
In conclusion, a few others defended the natural status of the humongous bum as they made reference to the big backsides of middle-aged Nigerian women operating local restaurants popularly called 'Mama Put' as well as other full time Yoruba housewives.
Top Stories