Fake Doctor Arrested For 'Killing' Patient During Surgery In Kaduna


The suspect, in an interview with newsmen, boasted that he had carried out countless and successful surgeries on patients. 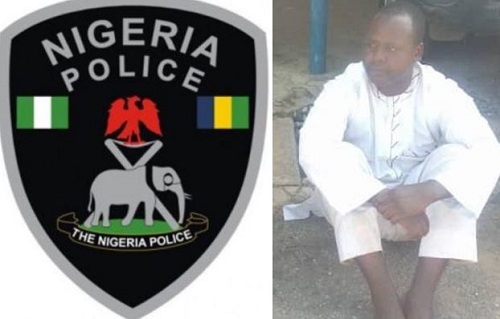 Suspect, Aliyu Ya’u
A fake medical doctor, Aliyu Ya’u has been arrested by the Kaduna State Police Command for allegedly killing a patient.

Ya’u, who was paraded at the Command’s headquarters, was said to have performed a medical surgery for hernia on a patient, who eventually died.

According to him, “Ya’u is not a medical doctor, but he admits and carries out medical surgery on unsuspecting patients. He has confessed to carrying out hernia surgery on a patient who died in the process.”

Ya’u, in an interview with newsmen, boasted that he had carried out countless and successful surgeries on patients.

He said: “I am not a fake Doctor. I studied at the College of Health Technology, Pambegua, Lere Local Government Area in Kaduna State. I operate a clinic in the village and I have carried out uncountable surgeries successfully.

“All the patients I have operated in the past survived and nobody died. If anyone of them had died before, you would have heard. So, this one is just God’s wish. The patient came to my clinic and I discovered that he was suffering from a hernia. Then, I admitted him and performed the surgery, removed the hernia. Then, when I discovered he was not responding to treatment, I referred him to another hospital, where he later died. That is why I was arrested.”
Top Stories