The actress also stated that though she was doing well in her career, she is still nowhere near where she wants to be. 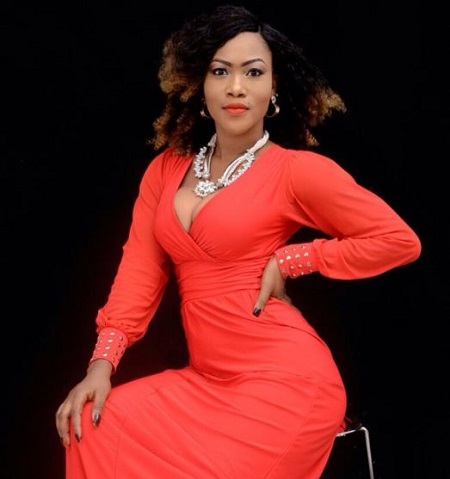 Mercy Macjoe
Actress, Mercy Macjoe, has said to live a comfortable life, an actor cannot depend on money made from the movie industry alone. In a chat with Sunday Scoop, she said, “If you want to live an ‘average high-class’ life, I don’t think the pay you get from acting would be enough for you, except you’ve got to a particular stage in your career where you are well paid. And that is why some of us go into production and do other businesses. As for me, I have a make-up and beauty line.”

On why actresses rarely seemed to get along, Macjoe said, “The truth is that women, generally, have issues. Men don’t really envy and beef themselves. It is only women that can have automatic hatred for themselves; it’s not just about actresses. But it’s not necessary because the sky is big enough for everybody to fly. If you are destined to be a star, you would be one.”

The actress also stated that though she was doing well in her career, she is still nowhere near where she wants to be. She added, “I believe that there are always lots of challenges when one wants to do anything good, not just in the movie industry. However, the good thing is that I’m climbing and doing well for myself. But I still want to push because I’ve not got to the level I want to be. Basically, the challenge is just about the process such as getting diverse roles, and proving that I am where I am today by virtue of my talent and hard work.

“I just finished shooting my third movie titled, Passion’s Promise. I did one last year titled, Red. And I shot one in London last month titled, 30 and Single.”

Revealing the toughest role she had played, the actress said, “I once played the role of a psycho who was in love with a guy who didn’t even know she existed. The character really drained me because it required a lot of energy and emotions. Conversely, I would love to play the role of a tomboy lover girl, or a mad woman.”
Top Stories