The Signs That Suggest Anthony Joshua Was Damaged Before Andy Ruiz


Michael Venom Page who recently got knocked out in the boxing ring has penned down an opinion piece about the loss of Joshua to Ruiz. 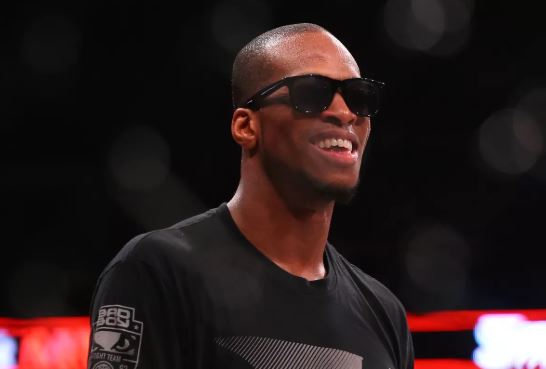 Michael Venom Page
For those of you who don’t understand how concussions works, let me break it down. After my knockout to Douglas Lima, once I stood up up, I was completely fine for the rest of the day.
Once I felt dizzy and sick, I threw up and felt fine again. Went on holiday and wound down. When I got back to London, random little things would make me dizzy. If someone called my name and I turned round, I’d feel dizzy. It’s almost like that feeling of standing up too quick, but in random little motions. It can happen a lot. This is why even up to now I haven’t been allowed to spar.
My coaches won’t let me, because I still have checks to do. That fight was five weeks ago. Concussion is ongoing. Imagine being knocked out two weeks ago, you’re still having this little spells and then Andy Ruiz Jr punches you? It sparks up that feeling immediately. I’ve seen Anthony Joshua get rocked and still compose himself to be able to continue. He has a chin, we saw it against Wladimir Klitschko and Dillian Whyte. Ruiz’s shots were glancing, but AJ was still on rocky legs in the seventh. Before I heard the rumours, it looked to me like there was something up. I understand why they’re trying to hush it all up, but concussion affects you. There’s a lot of talk in the back channels about Joshua, but it was his fault he lost. I do believe Ruiz was slightly overlooked.
I think AJ took him seriously enough, but Ruiz is disarming. He’s Mr Happy. AJ probably slightly took his eye off the ball. I had money down with my friend for a third-round knockout. Ruiz went down, but AJ then decided to have a scrap. I didn’t get why. He got overexcited and overconfident, and in the moment I understand it because that’s exactly what I did against Lima. AJ is a competent boxer and he hurt him, but you could see when Ruiz got up he wasn’t on rocky legs. AJ stopped watching the fight, assumed he’d kill him.
His response to the initial knockdown tells me AJ was a person who had recently been knocked out. It didn’t seem like the shots were that hard, or concussive, but AJ was on wobbly legs immediately. I’ve said it for a long time, AJ likes a scrap, but he’s not got that one-punch sleeper. He should never be fighting like a Mike Tyson, he should be fighting like a Lennox Lewis – nice and long, hiding behind the jab and searching behind for the right hand. AJ likes to square off with people and that’s always been my worry with him. He’s a great athlete, but he’s very basic in boxing ability. AJ has no other choice but to take the rematch. If he fought anyone else, people would lose respect immediately. It’s a risk worth taking.
The fights he wants are gone for the moment. If he knocks him out the way he should have done the first time, it will go down as a blip on his career. Everyone is always harsh on the coach when there’s a loss. You forget the career he’s already had with that fighter. I’ve always questioned AJ’s boxing ability. He has a lot of improving to do, but in every fight I’ve seen a little bit of improvement. I wouldn’t say get rid of Rob McCracken, I’d say bring in another coach to assist. You can’t strip a boxer back and start again. That’s counterproductive.
There was a lot of factors that contributed to AJ’s loss. If AJ’s team is loyal to his cause, then they’ll be open to bringing in someone to help. There’s no need for a takeover, it can be done as a team. Tyson Fury is the most technically gifted heavyweight out there, but Deontay Wilder is still the most dangerous heavyweight. We haven’t seen power like his since the Mike Tyson days.
I actually think his boxing ability is shocking, he might need to change coach. But, when you’ve got power like that you don’t need to be technical. Wilder would be the greatest heavyweight boxer of his generation if he had even a little bit of basic boxing skills. Wilder will keep going until some random bloke knocks him out.
Source: UK Metro
Top Stories