How Imo Lawmakers Made Mockery Of Governance - Okorocha


Okorocha stated this in a statement signed by his Special Adviser on Media, Sam Onwuemeodo, yesterday. 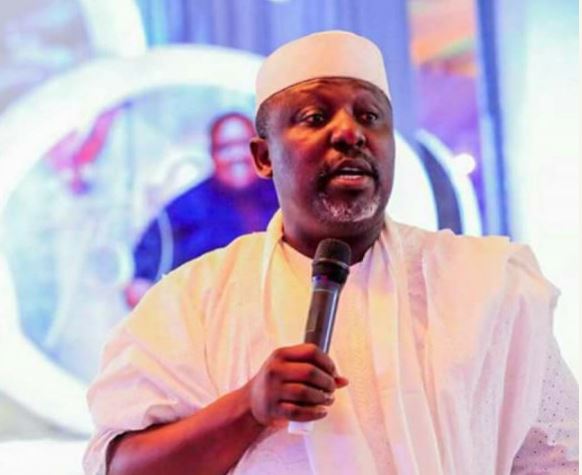 Rochas Okorocha
Former governor of Imo State, Rochas Okorocha, has accused the state Assembly of making mockery of governance.
According to him, the call by Imo Assembly lawmakers on Governor Emeka Ihedioha to declare state of emergency on some of the infrastructure built by the immediate past administration had not only reduced governance in the state, but also gave an unserious appearance to the Peoples Democratic Party (PDP) government in the state-led by Governor Ihedioha.
Okorocha stated this in a statement signed by his Special Adviser on Media, Sam Onwuemeodo, yesterday.
The statement reads, “The government of the day has also made the state to look unserious by declaring state of emergency on infrastructure and the story to that effect, has been trending in the media.
“It is either the PDP government in the state does not understand the operational meanings of infrastructure and state of emergency or they are deliberately investing in deceit or what they usually call propaganda. Or, at best they have declared state of emergency on stomach infrastructure.”
Senator Okorocha, however, pointed out that he did well on infrastructure.
“Nigerians who had either visited the state or who had followed events in the state during the period in question would agree that Okorocha did well in the area of infrastructure, among other areas he also did well.
“What the current government needs to do is to maintain Okorocha’s huge investments in the area of infrastructure. In fact, they are talking about stomach infrastructure but didn’t know how to say it out. This deceit is getting at people’s nerves. They are saying all these to see how they can play down on the amazing achievements of the former governor in the area of infrastructure.
“They had tried to discredit the two flyovers, the two tunnels, the hospitals, the International Conference Centres, the new universities, polytechnics, colleges of education, schools, the roads, Otamiri water project, the new markets, the in-land roads, the new estates and others, too numerous to mention, but failed.
“Was there any reason to close universities that have already taken off, with their operational licences and the needed facilities on ground? Is there any reason the Sam Mbakwe International Cargo airport would not have taken off by now? Is there any reason the High Court judges would not have been moved to the ultra-modern Justice Oputa High Court complex.”
Top Stories