This is a trending church poster which is making the round amidst the dirty s*x scandal which has engulfed the popular cleric, Pastor Abiodun Fatoyinbo. 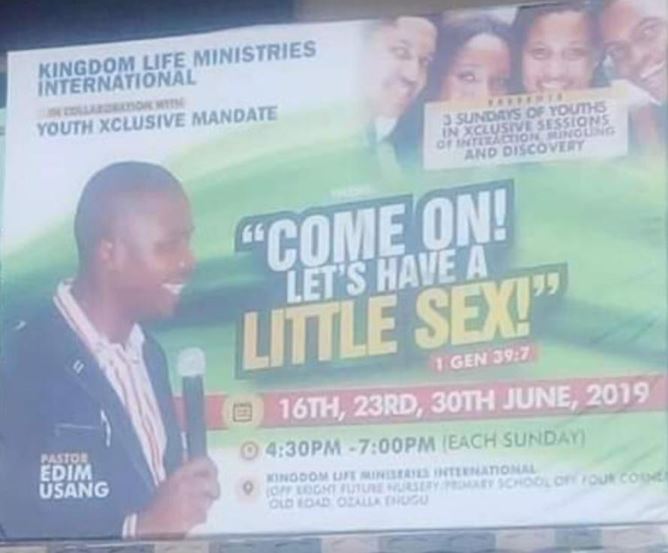 The controversial poster
'Come On! Lets Have A Little S*x' was the theme of a church programme which held on the 30th of June, 2019. The authenticity of the poster has become an object of hot debate on social media.
The evening programme was organized by the Kingdom Life Ministries International for the youth population of the religious gathering.
Many have questioned the idea behind the event considering the r*pe allegation levelled against the senior pastor of the Commonwealth of Zion Assembly, Pastor Abiodun Fatoyinbo.
He was accused of raping Busola Dakolo twice in Ilorin while she was 16 years old. The embattled cleric has taken a leave of absence from his ministry amid denial.
Top Stories