Fake Police Officer Rapes Mother While Pretending To Save Her Son


A man has been accused of faking to be a Policeman and sexually assaulting a woman while pretending to help her son. 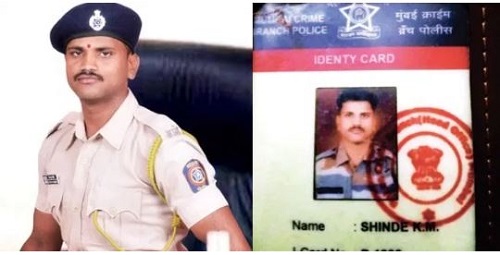 The suspect
A fake Indian cop allegedly raped a 41-year-old woman on the pretext of saving her son.

The victim is a resident of Virar in Mumbai.

The suspect was identified as Dinesh Parmar. He posed as a policeman and raped the woman after claiming that he would save her drug-addicted son from police action.

A case against Parmar was registered at Arnala Police Station; however, he is still at large according to the police.

The victim, who is a resident of Virar, Mumbai, first met Parmar in 2017. She had gone to Vasai court in connection with a case in which her son was arrested.

The victim explained what happened to Parmar, who was in full police uniform despite not being an actual police officer.

He said that he could prevent the police from taking action if she followed his requests.

The victim said: “He asked me what I was doing in the court. I told him that my son is a drug addict and was arrested for a theft case.

“After which he threatened to put more cases on my son if I don’t meet him at Kalamb beach.”

The woman listened to him and met Parmar. He then took her to a resort where he allegedly raped her. Following the incident, Parmar kept asking for her to meet him but she refused.

The fake Indian cop even visited the woman’s workplace and tried to speak with her but the victim refused to talk.

The constant harassment led to the woman becoming depressed. She went to Arnala Police Station to register a complaint but the officers did not pay any attention to her accusations.

The woman’s 20-year-old daughter began noticing that something was wrong with her mother and asked her. She then broke down and narrated her ordeal to her daughter.

Both went to the police station to file a complaint, however, the officers refused to pay attention once again.

Unable to bear her ordeal, the woman threatened to set herself on fire if the police did not register a complaint.

They eventually registered a case against Dinesh Parmar under the Indian Penal Code.

Police are working to arrest Parmar, who has since gone on the run.
Top Stories