Two housemates in the ongoing BBnaija 2019 reality show have challenged each other during a heated argument. 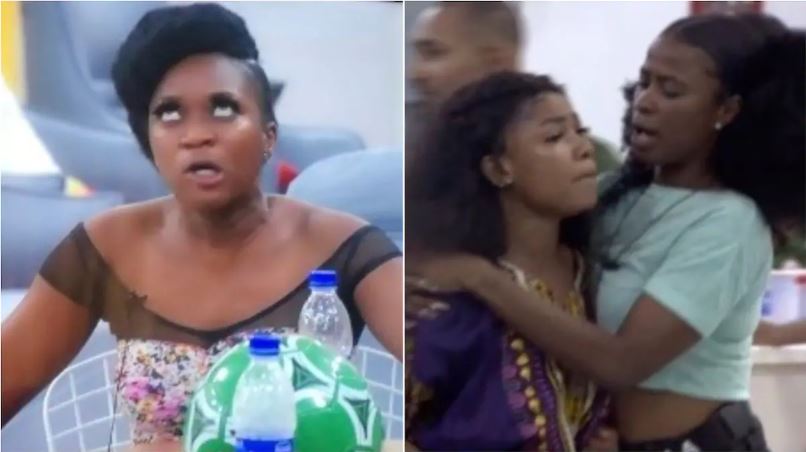 Thelma and Tacha
Barely 72 hours since the start of the 2019 Big Brother reality show, a fight has already broken out in the house.
The incident happened today as the housemates settled to eat their lunch only for Tacha and Thelma to get into a heated argument over meat and fish.
Tacha who seems to have gotten a lot of popularity given her profile on social media appears to be a threat to some members of the house including Thelma who subtly expressed her dislike for the already popular housemate.
So, when the opportunity presented itself, Thelma didn't waste time to make her feelings known.
It started after Thelma dished meals for everyone and settled to eat but a dissatisfied Thelma complained about the portion which she got. Angered by her ungratefulness, Tacha, picked offense and the two got into a heated exchange of words. Insultive words including 'dumb' and 'fool' were thrown across the room between the two ladies who seemed to be completely irritated by the actions of each other.
Other housemates tried to prevent the ladies from getting physical which could have led to a dismissal from the show.
Watch video below:

Ghen Ghen the drama is on!!! Tacha and Thelma have opened the floor with their first ‘fight’ in the house ðŸ˜�#bbnaija #bbnaijapepperdem #AkpraiseMedia pic.twitter.com/lgE8MA4JmH