After accusing musician, MC Galaxy of sexually assaulting her, the actress has admitted it was all a publicity stunt. 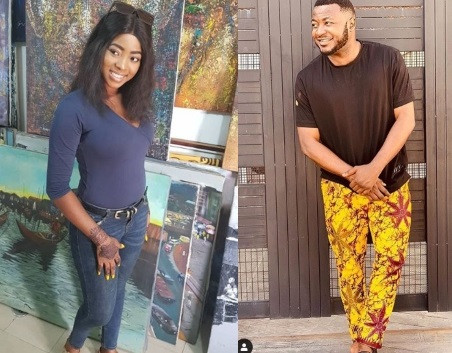 Simbee and MC Galaxy
Actress Simbee Davis, the woman who accused MC Galaxy of r*ping her in 2010 has admitted that she lied, saying it was all a joke.
According to the singer and actress, she has been sharing her songs online but no one cared to re-post until a scandal was involved.
Simbee Davis who shared a video of herself having drinks with her friends, also told everyone affected by the stunt to forgive her. She wrote:
"So I’ve been posting my songs online and no one ever bothered to repost it, no blogger reposted my songs or video, but now scandal is involved everybody don carry simbeedavis, abeg ooo, @mcgalaxy is my brother, no be every news dey real, make una help my tag @mcgalaxy and tell am not to vex, tell am sef to add mouth for one of my song make me sef blow, if no be him nobody for hear my name, for all the bloggers eh, make una blog this one ooo, use same energy you used to promote someone’s downfall to promote my songs and God will bless you. Any one affected by this stunt I pulled please make una forgive me, bottom line is, galaxy is my brother oooo. Peace and love... "
Top Stories