Women like strong men who could protect them and offer them confidence in public places, and not some weaklings.

This lady was harassed by a man in public as her waist was grabbed and her hair quality mocked.
This happened during an outing with her boyfriend who was as calm as a cat. He later mouthed off about beating up the oppression and his friends after the show of shame had ended.
This has left his girlfriend bewildered and it affected their romance. This is the story she wrote to a relationship adviser, Joro Olumofin as seen below: 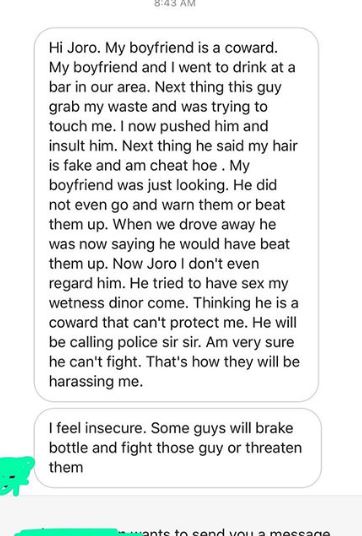