The father-in-law of President Muhammadu Buhari's ADC has reunited with his family after he was rescued from kidnappers. 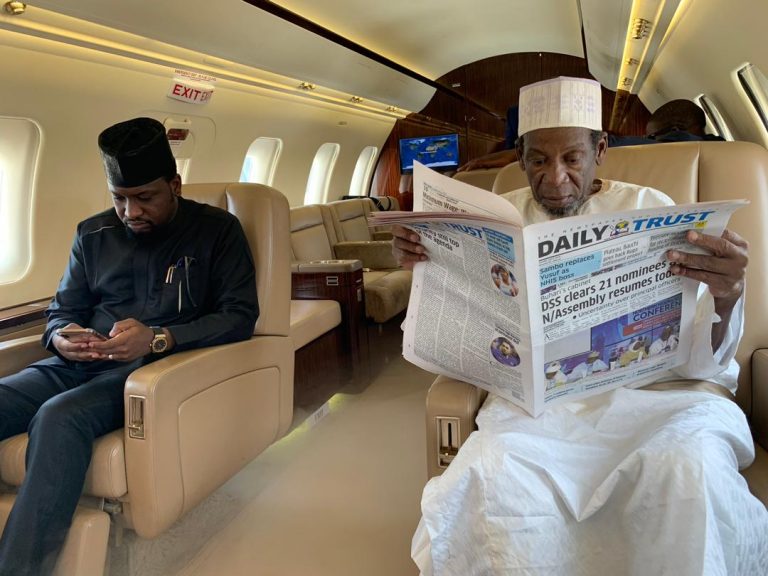 Musa Umar, father-in-law of President Muhammadu Buhari’s aide de camp (ADC), has reunited with his family after spending 61 days in captivity.
Umar, who was kidnapped on May 1, was rescued in Kano on Tuesday. Abba Kyari, a deputy commissioner of police, led the rescue operation.
The district head of Daura was seen inside an aircraft reading a national daily.
He was received by his son-in-law, Muhammed Abubakar and family members.
Below are photos: 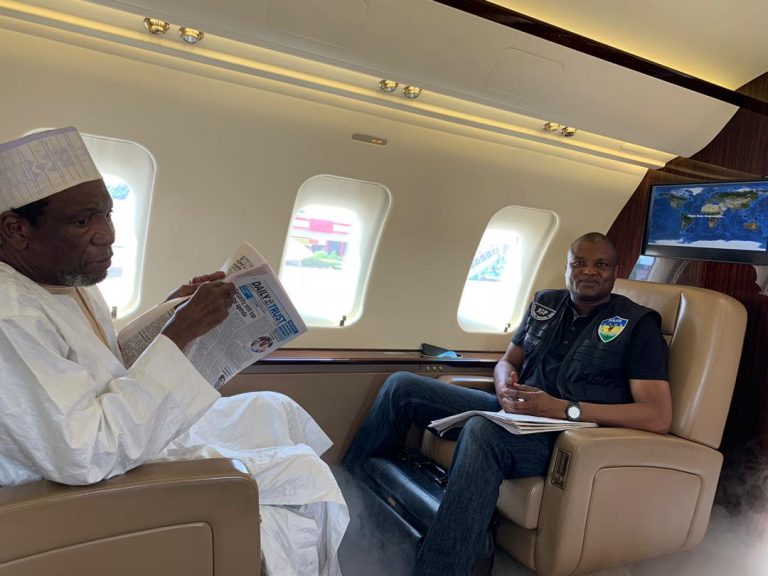 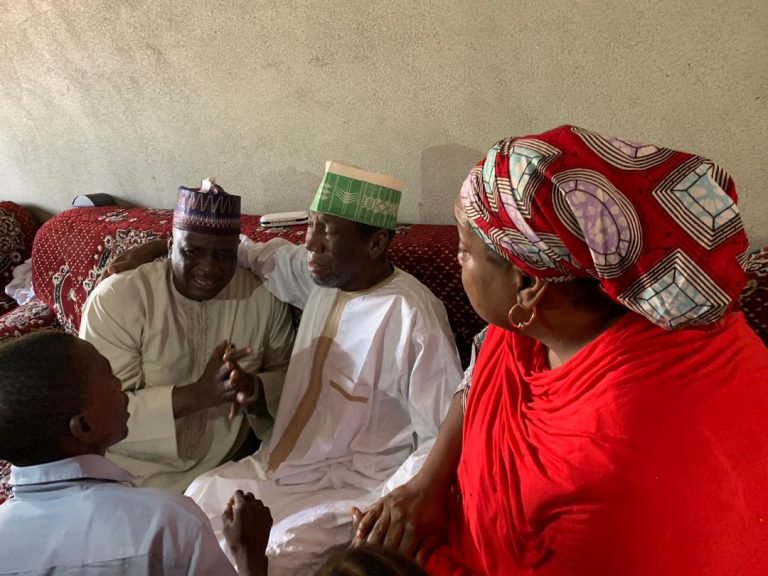 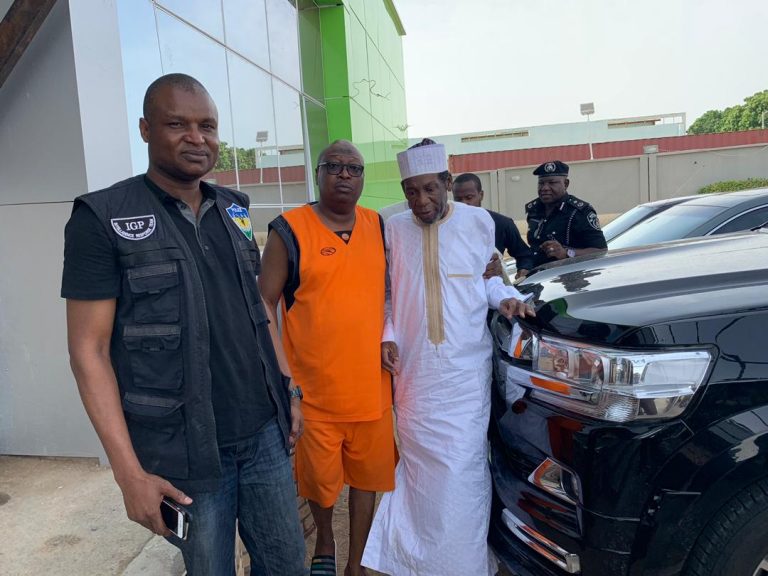 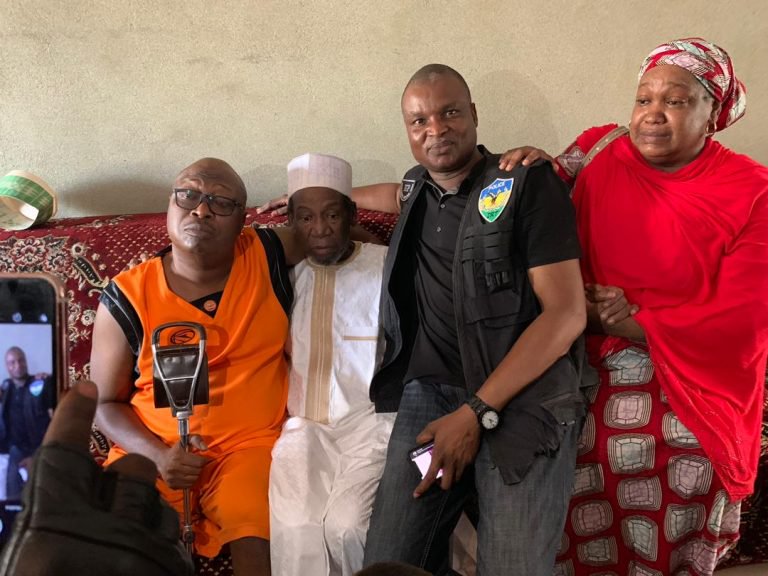