Osoba said contrary to the belief by some quarters that only governors in AD were the brain behind Southwest’s support for Obasanjo it was rather the opposite. 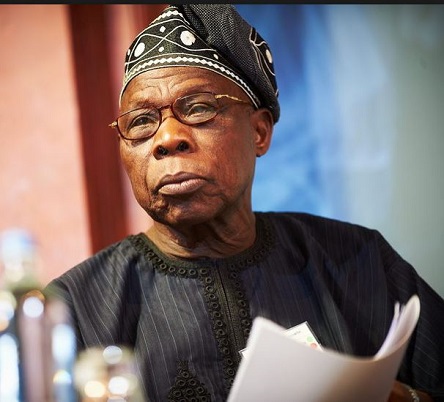 Olusegun Obasanjo
Former Governor of Ogun State, Olusegun Osoba has gone down memory to tell the story of how Nigerian former President Olusegun Obasanjo betrayed the trust imposed in him by the Alliance for Democracy (AD) governors and Afenifere leaders.

Osoba who made this known in his 341-page memoir: ‘Battlelines: Adventures in Journalism and Politics which is set to be released next Monday said that he was advised severally by different individuals not to trust Obasanjo.

The former gatekeeper said contrary to the belief by some quarters that only governors in AD were the brain behind Southwest’s support for  Obasanjo it was rather the opposite.

Osoba recalled: “As it turned out, unwittingly, we gave Obasanjo a breather and tool with which he later dealt with us too. I told him to “stoop to conquer.”  After doing that with the National Assembly and surviving the impeachment plot, he also later “stooped to conquer” against the AD governors and Afenifere.

A meeting was held in Lagos where the conditions for negotiating with Obasanjo were agreed upon.  After the meeting at the home of Pa Adesanya, he led a team with Afenifere charter of demand to Ota to discuss with Obasanjo.

“The delegation to Ota included Chief Ayo Adebanjo, Senator Femi Okunrounmu, and Dr. Cornelius Adebayo.  Senator Okunrounmu and Dr. Adebayo were mandated to speak on behalf of AD and Afenifere respectively at the meeting with Obasanjo.  Chief Adesanya called me and asked me to join them at Obasanjo’s Ota Farm, from my station in Abeokuta.

“The conditions presented to Obasanjo amongst others were:  the restructuring of the Nigerian federation, devolution of power, including moving some items from the exclusive to the concurrent list and ensuring fiscal federalism.

“Obasanjo was made to agree to organize a credible and transparent national census. We also demanded that the constitution must include merit as a condition that must be followed alongside federal character and quota system in the recruitment to federal positions across the country. When all these conditions were tabled before Obasanjo, he assured us that he was satisfied with them and that he clearly identified with them.

“As we were coming out of one of the meetings at Obasanjo’s lodge in his Ota farm, Dr. Omololu Olunloyo, former governor of Oyo State who was waiting to see Obasanjo called me aside and whispered in my ears, Be careful. You and Lam Adesina are being spied upon; they are monitoring your activities as governor.  Be careful and before you reach any agreement with Obasanjo, think twice and think well.

“It was the second time within a month that Olunloyo was warning me about Obasanjo. He had earlier done so at the 70th birthday celebration of Senator Biyi Durojaiye in Ijebu-Igbo.  Olunloyo’s wife, Ronke, is from Ijebu-Igbo and a distant relation of Senator Durojaiye.  Aside Dr. Olunloyo, the president of the Nigerian Bar Association (NBA,) Chief Wole Olanipekun (SAN) came to Abeokuta in the heat of the 2003 elections campaign to admonish me to be wary of any collaboration with President Obasanjo.