Three Nigerians made it to the list of the 10 only Black billionaires in the world. 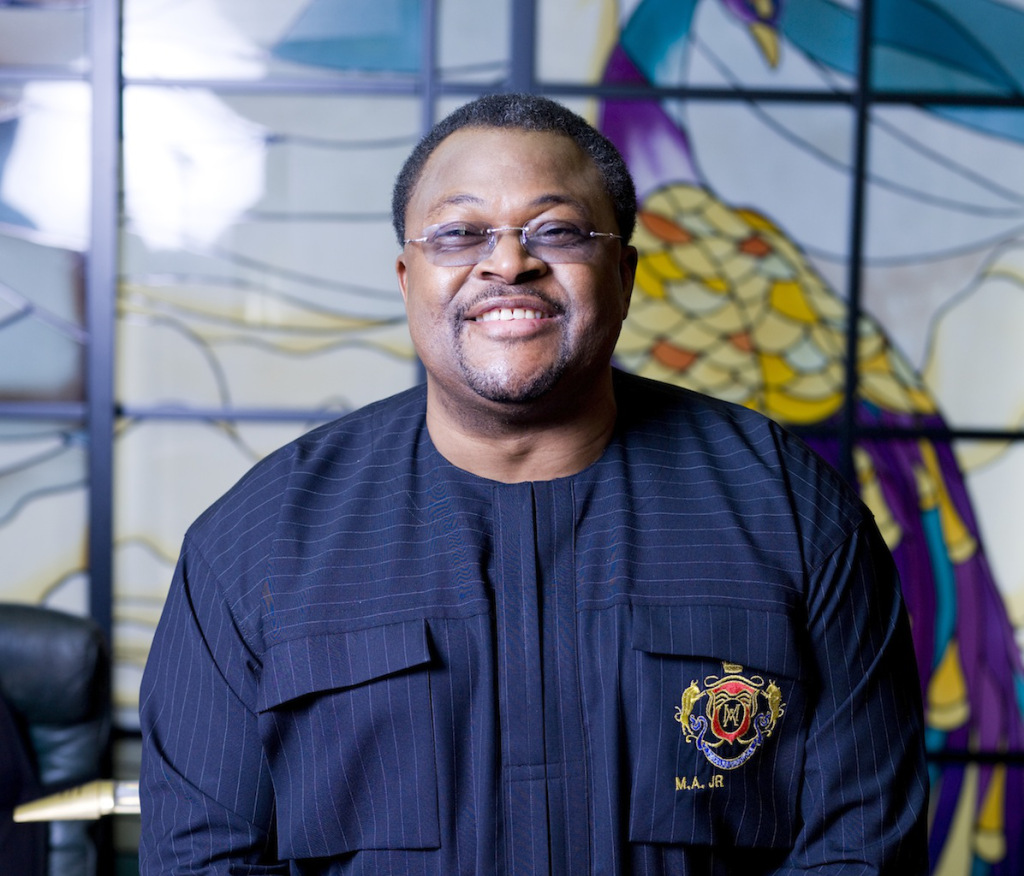 Nigerian billionaire, Mike Adenuga
Of the 2,043 people who made it to the 2017 FORBES list of the World’s Billionaires, 10 of them are black, down from 12 a year ago.
Nigerian cement tycoon Aliko Dangote is still the richest black person in the world, with a fortune estimated at $12.2 billion. He is followed by Saudi-Ethiopian construction magnate Mohammed Al-Amoudi, who is worth $8.4 billion.
This year, two black moguls fall off the ranks of the richest black people on earth, and they are both Nigerian – oil tycoon Femi Otedola and cement mogul Abdulsamad Rabiu. While Otedola fell off the list as a result of the plunging share price of his oil company, Forte Oil, a devaluation of the Nigerian currency, the Naira, was responsible for Rabiu’s ousting. Angolan investor Isabel dos Santos, American media mogul Oprah Winfrey and
Nigerian oil woman Folorunsho Alakija are still the only black female billionaires on the FORBES billionaires list.
1. Aliko Dangote, $12.2 billion
Nigerian, Sugar, Cement, Flour
Aliko Dangote is not only Africa’s richest man; he’s also the richest black person in the world. Dangote built his fortune trading in cement, sugar and flour but subsequently ventured into manufacturing these commodities. His Dangote Cement is the largest cement producer in Africa with operations in several African countries. In January he announced plans to establish a $100 million truck manufacturing facility in Lagos in partnership with SINOTRUK, a Chinese firm.
2. Mohammed Al-Amoudi, $8.4billion
Saudi Arabian, Oil
Mohammed Al-Amoudi is one of the richest men in the Arab world, but he has deep Ethiopian roots. His mother was Ethiopian and he has been investing heavily in the African country for many years. In Ethiopia, his Midroc Ethiopia Technology Investment Group has investments in gold mining, leather production, agro processing, transport and construction. Outside Ethiopia, he owns oil refineries in Morocco and Sweden and oil fields off West Africa.
3. Mike Adenuga, $6.1 billion
Nigerian, Oil
In October last year, Nigerian billionaire Mike Adenuga was conferred with the Ghanaian national award of ‘Companion Of The Star of Ghana’, the highest national honors in Ghana on account of his extensive investments in the West African country. Adenuga is one of the largest owners of residential and commercial property in Ghana. His mobile telecom company, Globacom, also has operations in Ghana. Adenuga built his fortune in oil and mobile telecoms. His Conoil Producing was the first indigenous Nigerian oil exploration company to strike oil in commercial quantities in Nigeria. His mobile telecoms company, Globacom, is the second largest operator in Nigeria.
4. Isabel Dos Santos, $3.1 billion
Angolan, Investments
The oldest daughter of Angola’s outgoing president and Africa’s richest woman owns a significant stake in Unitel, the country's largest mobile phone network, and a stake in Banco BIC. Outside Angola, she owns nearly 6% of oil and gas firm Galp Energia (alongside Portuguese billionaire Americo Amorim), and nearly 19% of Banco BPI, the country's fourth-largest bank. She is also a controlling shareholder of Portuguese cable TV and telecom firm Nos SGPS (formerly called Zon).
5. Oprah Winfrey, $3 billion
American, Television
Oprah, once the queen of daytime TV, is still the richest African-American person in the world. Her once struggling cable channel, OWN (Oprah Winfrey Network) is now cash flow positive and is enjoying soaring ratings on the back of a series of successful sitcom and drama collaborations with director Tyler Perry.
6. Robert Smith, $2.5 billion
Smith is the founder of private equity shop, Vista Equity Partners, an Austin, Texas firm that is best known for fixing up enterprise software outfits. He is married to 2010 Playboy Playmate of the Year Hope Dworaczyk.
7. Patrice Motsepe, $1.81 billion
South African, Mining
After making a fortune in mining through his African Rainbow Minerals, South Africa's first black billionaire, Patrice Motsepe, is now reinvesting via private equity. In the last year, his new investment company, African Rainbow Capital, has made a series of investments in leading South African financial services companies. He is also the president and owner of the Mamelodi Sundowns Football Club.
8. Folorunsho Alakija, $1.61 billion
Nigerian, Oil
Nigeria’s only female billionaire is the founder of Famfa Oil, a Nigerian company that owns a substantial participating interest in OML 127, a lucrative oil block on the Agbami deep-water oilfield in Nigeria. Alakija started off as a secretary in a Nigerian merchant bank in the 1970s, then quit her job to study fashion design in England. Upon her return, she founded a Nigerian fashion label that catered to upscale clientele, including Maryam Babangida, wife to Nigeria’s former military president Ibrahim Babangida.
9. Michael Jordan, $1.31 billion
American, Basketball
Basketball's greatest player is the majority shareholder of Charlotte Bobcats and enjoys lucrative deals with the likes of Gatorade, Hanes and Upper Deck. His biggest pile comes from Brand Jordan, a $1 billion (sales) sportswear partnership with Nike.
10. Mohammed Ibrahim, $1.14 billion
British, Mobile Telecoms, Investments
Mo Ibrahim made his initial fortune as the founder of Celtel, an African mobile phone company, which he sold to MTC of Kuwait for $3.4 billion in 2005. He now reinvests through Satya Capital, a U.K-based, African focused private equity firm.
-Forbes/Mfonobong Nsehe
Top Stories