A suit filed by the Miyetti Allah to stop Open Grazing Law in Benue state has been dismissed by the court. 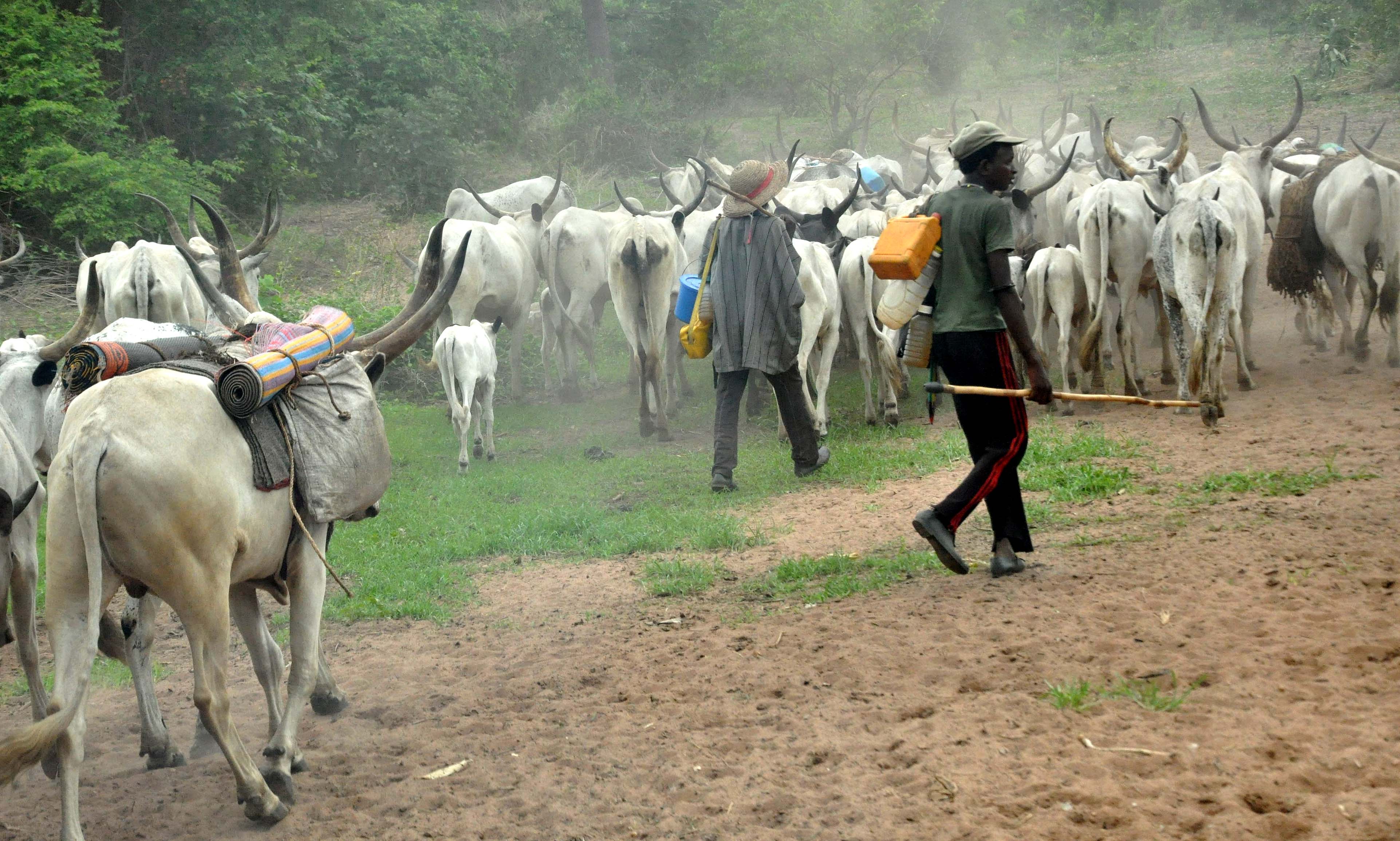 File photo
Vanguard reports that the Justice Okon Abang-led Federal High Court sitting in Abuja has, Thursday, dismissed a suit filed by Miyetti Allah Kautal Hore, seeking to stop the Benue state Government from implementing the Open Grazing Law passed by the states assembly to tackle the incessant clashes between herdsmen and farmers.
The Benue state government had passed into law the 2017 Open Grazing Prohibition and Establishment following incessant killings resulting from the clashes between herdsmen and farmers in the state.
While ruling on the matter, Justice Abang held that the Miyetti Allah Kautal Hore failed to comply with an earlier order of the court delivered in 2017 wherein the court had directing it to file an amended originating summons.
The federal high court, led by Bamidele Qudari, had ruled that there was no valid originating summons before it regarding the suit.
The Justice Abang-led court therefore, on Thursday, awarded a cost of N100, 000 against the plaintiff to be paid to all the 14 defendants before any other step can be taken in the suit.
The Benue State government, led by Governor Samuel Ortom, with the law, banned open grazing throughout the state on May 22nd.
Top Stories