The University of Ilorin has revealed that it has not been able to trace Pastor Biodun Fatoyinbo's record just yet. 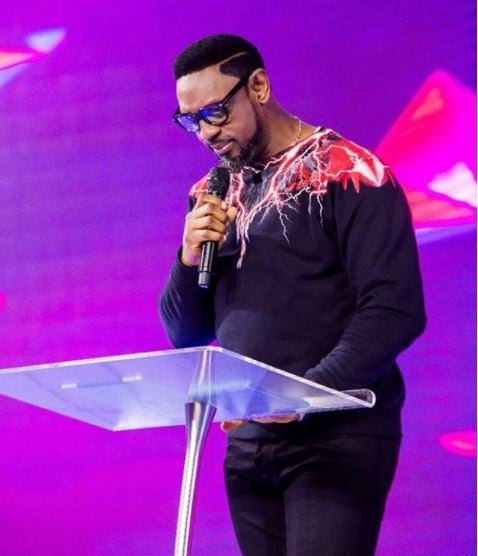 Biodun Fatoyinbo
According to Saturday Punch, the University of Ilorin has said  it has yet to trace the academic record of Biodun Fatoyinbo, the embattled  Senior Pastor of  the Commonwealth of Zion Assembly.
It was learnt  that the UNILORIN  could not  find the cleric’s name on its graduates’ list.
The Director of Corporate Affairs of the University of Ilorin, Mr Kunle Akogun, said they had checked  their academic record unit in the registry and could not  find  the name of the pastor,  who has been accused of sex abuse by Busola Dakolo.
He said, “I have not got any feedback yet from our Academic Records Office. We have been checking, but we have not got anything on him, probably if we know the year he was in the university or the year he graduated or his course of study, that would make it easy for us to trace his record.”
When Punch Metro visited the university on Thursday, the record of Fatoyinbo had  yet to be traced at the academic record unit of the registry.
However, it is believed  Fatoyinbo attended  UNILORIN but did not take  his final examination papers for some reasons.
However, a  source claimed   he moved to  Osun State Polytechnic, Iree,  where he obtained a  Higher National Diploma certificate.  Unconfirmed reports claimed he attended University of Benin, Edo State after leaving University of Ilorin without completing his studies
Meanwhile, members of Ilorin branch of COZA  seem not bothered by  the r*pe allegation levelled against  Fatoyinbo by Dakolo.
Members, who attended  Wednesday’s service at the church  opposite Mount Olives Anglican Church and Princess Luxury Suit on Pipeline Road, GRA, Ilorin, looked totally  unruffled by  the rape allegation.
Efforts to speak with Pastor Olusegun Soetan, who is in charge of the church, was not successful as the ushers insisted that he could not be seen until next week.
But one of the ushers, who identified himself as Japhet Akinola,  said the church which started some years ago and holding services on temporary places including Kwara Hotels and the Stella Obasanjo Multi-purpose Hall, moved to its   permanent site a few years ago.
Akinola said, “The allegation made by that lady against the Senior Pastor has no substance.”
Top Stories