A billionaire has been arrested by the police after being accused of paying 14 year-old girls to sleep with him. 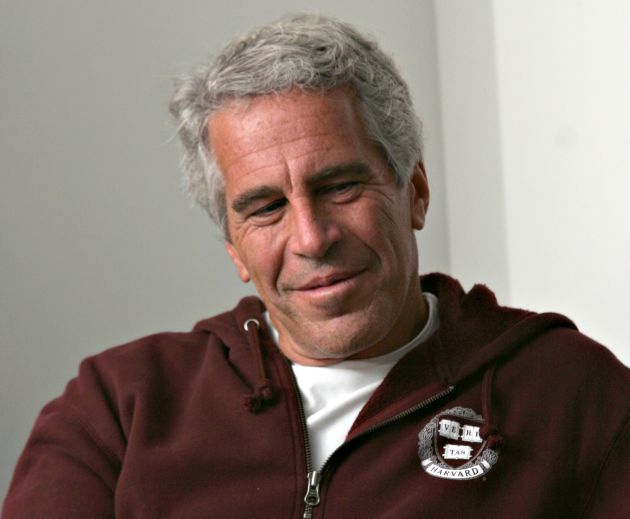 Jeffrey Epstein
Wealthy financier and registered sex offender Jeffrey Epstein was arrested Saturday in New York on new sex-trafficking charges involving allegations that date to the early 2000s, according to law enforcement officials.
Epstein, a wealthy hedge fund manager who once counted as friends former President Bill Clinton, Great Britain's Prince Andrew, and President Donald Trump, was taken into federal custody and is expected to appear Monday in Manhattan federal court, three law enforcement officials told The Associated Press.
One of the officials said Epstein is accused of paying underage girls for massages and molesting them at his homes in Florida and New York.
The officials spoke on the condition of anonymity because they were not authorized to discuss the pending case.
A message was sent to Epstein's defense attorney seeking comment. Epstein is being held at the Metropolitan Correctional Center in Manhattan, according to the Federal Bureau of Prisons website.
Epstein's arrest, first reported by The Daily Beast, comes amid renewed scrutiny of a once-secret plea deal that ended a federal investigation against him.
That deal, which is being challenged in Florida federal court, allowed Epstein, who is now 66, to plead guilty to lesser state charges of soliciting and procuring a person under age 18 for prostitution.
Averting a possible life sentence, Epstein was instead sentenced to 13 months in jail. The deal also required he reach financial settlements with dozens of his once-teenage victims and register as a sex offender.
Epstein's deal was overseen by former Miami U.S. Attorney Alexander Acosta, who is now Trump's labor secretary. Acosta has defended the plea deal as appropriate under the circumstances, though the White House said in February that it was "looking into" his handling of the deal.
U.S. District Judge Kenneth Marra of Florida ruled earlier this year that Epstein's victims should have been consulted under federal law about the deal, and he is now weighing whether to invalidate the non-prosecution agreement, or NPA, that protected Epstein from federal charges.
It was not immediately clear whether the cases involved the same victims since nearly all have remained anonymous.
Federal prosecutors recently filed court papers in Florida case contending Epstein's deal must stand.
"The past cannot be undone; the government committed itself to the NPA, and the parties have not disputed that Epstein complied with its provisions," prosecutors wrote in the filing.
They acknowledged, however, that the failure to consult victims "fell short of the government's dedication to serve victims to the best of its ability" and that prosecutors "should have communicated with the victims in a straightforward and transparent way."
The victims in the Florida case have until Monday to respond to the Justice Department's filing.
According to court records in Florida, authorities say at least 40 underage girls were brought into Epstein's Palm Beach mansion for what turned into sexual encounters after female fixers looked for suitable girls locally and in Eastern Europe and other parts of the world.
Some girls were also allegedly brought to Epstein's homes in New York City, New Mexico and a private Caribbean island, according to court documents.
Saturday's arrest also came just days after a federal appeals court in New York ordered the unsealing of nearly 2,000 pages of records in a since-settled defamation case involving Epstein.
U.S. Sen. Ben Sasse released a statement Saturday calling for Epstein to be held without bail pending trial.
"This monster received a pathetically soft sentence last time and his victims deserve nothing less than justice," Sasse, R-Nebraska, said in the statement. "Justice doesn't depend on the size of your bank account."
___
Sisak reported from Port St. Lucie, Florida. Associated Press writers Colleen Long, Curt Anderson and Tom Hays contributed to this report.
Top Stories