An Uber driver has been arrested for allegedly conniving to sell the car in his possession after falsely reporting it stolen. 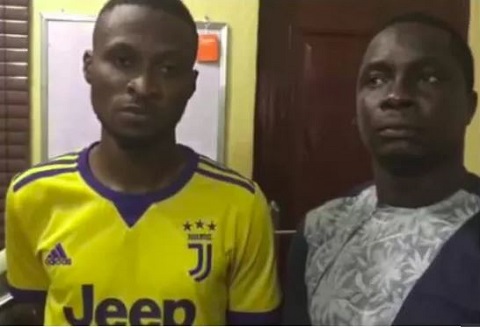 An Uber driver, Ademola Quadri, has been arrested for raising false alarm over theft of a Toyota Camry salon car that was leased to him.

Arrested alongside the 39-year-old suspect was one Uche Sunday, who he allegedly connived with to sell the purported stolen car.

Vanguard gathered that Quadri reported at the Igando Police Division that three-armed men, who posed as passengers, snatched the car with number SMK 732 BR, owned by Pinehill Leasing Ltd., from him at about 11p.m., last Sunday.

However, during interrogation, he was said to have been inconsistent with details on how the vehicle was snatched, thereby arousing the suspicion of the Divisional Police Officer, CSP Taiwo Kasumu.

In the course of investigation, his call and message data were monitored, during which a credit alert of N560,000 was discovered. This was followed by a text message, where the sender demanded for the car, having made part payment.

The suspect, according to the Lagos State Police Public Relations Officer, DSP Elkana Bala, was immediately apprehended, when he was discovered to had sold the vehicle.

Bala explained that “he led detectives to Ijegun area of Ikotun, where the purportedly snatched vehicle was kept, pending full payment.

“The Police arrested two other suspects namely, Uche Sunday, 32, the marketer who claimed to have negotiated the purchase of the car on an online platform, and one other, (name withheld) suspected to be an innocent buyer.”

Bala added that during interrogation, Quadri “confessed that he cooked up the robbery story to enable him raise money to buy ticket and travel to Canada for a better life.”
Top Stories