In what may come as a shock to many people, there is a church in Ogun state where members are served alcohol. 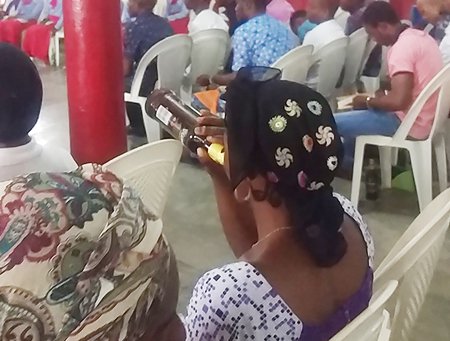 “This lady you are seeing is a very intelligent lady;” the seer began. Pointing to the male section, he continued, “That’s her husband over there and it is whatever she says that happens in her marriage.” Soon, the question was left unanswered and a prayer and thanksgiving session began for the supposed couple, whom the seer said was believing God for the fruit of the womb. It turns out that this assertion was false, as this reporter had met the couple on their way out and they revealed that they were not even engaged, much less married, and neither had they need for children as the seer had declared.
But, why didn’t they refute what he said since it wasn’t true? The guy, who gave his name as Ade, said, “We were directed by a friend to consult the seer to see if we are destined for each other. But with that false prophecy, we know better than to believe anything he says.”
Drinking time
After praying for the couple, the seer asked for the drinks offered by the male worshipper to be brought in. After taking two bottles himself, he opened one bottle each for the women occupying the special seat in front, after taking a swig from each bottle. Children and adults who do not take alcohol were served 7’UP.
Amidst the drinking, one lady began staggering for nearly 15 minutes. An easy guess would be that it was the effect of the wine, but she soon steadied herself and requested for the mic. She had a testimony. According to her, her menstrual flow had ceased for about three months, but when she ate kolanut in church the previous Sunday, her menses began to flow again. The seer took time to explain that in the early days of his ministry, he used to serve his members the emblem used in other assemblies (unleavened bread and fruit of the vine) but after a while, the Most High warned him not to give the bread and fruit of the vine to his sons and daughter or else he will slay them. Now, their emblem for communion is kolanut and blended alligator pepper.
In a bid to prove his position on the regular emblems, the seer went to his ‘palace’ to produce the unleavened bread, which he ordered them pass round for the congregants to see. A few of them, who had at one time or the other taken the bread, requested to have a taste of it. He obliged them, while announcing, “I know that I said the most high asked me not to give you people this thing, but don’t worry, this one you are eating will not kill you.”
As at 5;00pm when this reporter quietly left the temple, the service had yet ended. Kolanut was about to be served and they still awaited the meal that was being prepared with the goat that was slaughtered earlier on.
Source: TheNation
Top Stories