MASSOB leader, Uchenna Madu, who spoke with a Punch correspondent, said any attack on Ndigbo in the region would be resisted. 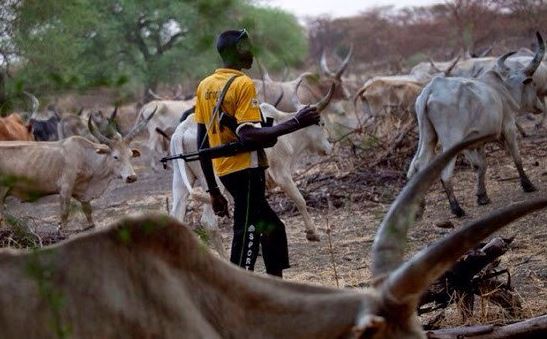 File Photo
The Movement for the Actualisation of the Sovereign State of Biafra on Friday said Igbo living in the North won’t run away from the region despite the Coalition of Northern Groups’ threat to deal with southerners in the area over the suspended Ruga settlement plan.
MASSOB vowed to resist any attempt to attack Igbo residents in the North.
But the youth wing of the Ohanaeze Ndigbo on Friday said it would propose a meeting with the coalition to find a  solution to the lingering farmers-herdsmen clashes in different parts of the country.
Following the suspension of the Ruga plan by President Muhammadu Buhari, the northern group issued an ultimatum to the Federal Government and governors opposed to Ruga, demanding the implementation of the programme within 30 days, failing which southerners in the North would be severely dealt with.
The group said, “We remind the nation that so long as the Fulani would not be allowed to enjoy their citizens’ right of living and flourishing in any part of this country including the South, no one should also expect us to allow any southerner to enjoy the same in Northern Nigeria,” spokesman for the  coalition  Abdul-Azeez Suleiman,  said at a press conference  in Abuja  recently.
The ultimatum has allegedly sparked tension in the South-East, with some opinion leaders urging Igbo in the North to return home before the deadline.
However,  MASSOB said Igbo in the North would remain in the region.
MASSOB leader, Uchenna Madu, who spoke with a Punch correspondent, said any attack on Ndigbo in the region would be resisted.
Madu warned that any attempt by the coalition to enforce the ultimatum would mark the “beginning of the final destruction” of the country.
He said, “The planned attack against southerners residing in the North, particularly the Igbo, after 30 days of their ultimatum will be resisted squarely.
“No section of this geographical expression called Nigeria has a monopoly of violence. Even though MASSOB is a non-violent pro-Biafra group, we shall defend our people in our traditional ways.
“The Coalition of Northern Groups and their allies should get ready for the final destruction of Nigeria. Ndigbo will never run away from the North.”
Madu alleged that the ultimatum was sponsored by the Buhari administration to prepare grounds for the eventual implementation of  Ruga.
Top Stories