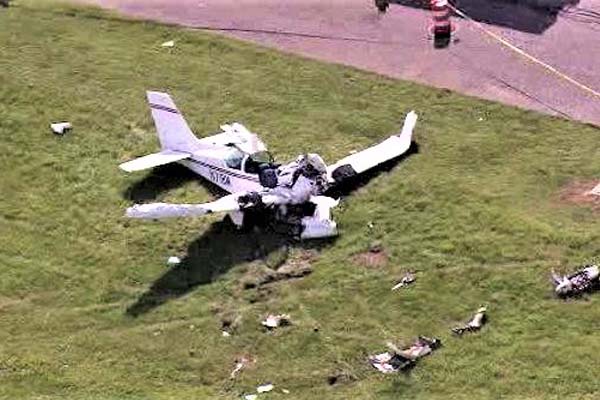 The crashed plane
Nine Swedes were killed when their plane crashed during a skydiving trip near Umea, a small university city in northern Sweden, authorities said on Sunday.
The small plane designed to carry parachutists crashed on an island on the Ume river shortly after takeoff from Umea airport, police spokesman Peder Jonsson said, adding that those on board were on a skydiving trip.
The police said that all the victims were Swedish, with one person holding dual citizenship. The names of the victims were not been disclosed.
King Carl XVI Gustaf expressed his sorrow in a statement.
“In view of today’s tragic air crash outside Umea, which took nine people’s lives, I want to convey my condolences. My family and I send our thoughts to their families and relatives,” he said on Facebook.
Sweden’s Prime Minister Stefan Lofven said the government was in close contact with the relevant authorities as they investigate the cause of the crash.
-Reuters 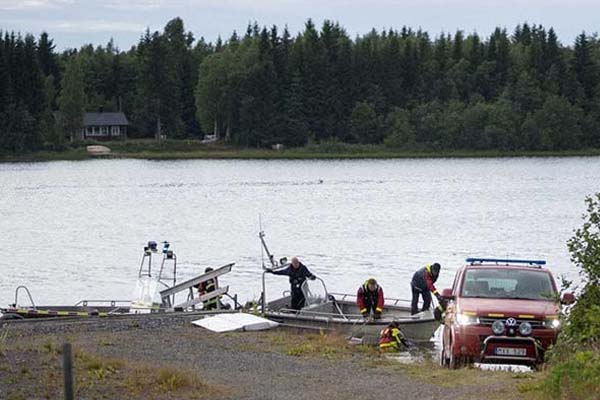 The wreckage was found on Storsandskär island, just two kilometres from the airport, in the delta of the Umeå river on Sunday, and an official investigation has been launched by Swedish authorities.
The plane did not carry a black box. As a result, investigators will have to rely on witness statements, an examination of the wreck, and onboard phones and tablets that registered height and position.
The GippsAero GA8 Airvan is a single-engine plane measuring almost nine metres from nose to tail.
It was made in Australia, by a company part of the Mahindra Group.
Top Stories