Tonto Dikeh's Bestfriend Exposes Her, Reveals How She Introduced Her To A Wealthy Man


Tonto Dikeh's former friend, Blessing Osom, has shocked many people after revealing a sad secret about the actress. 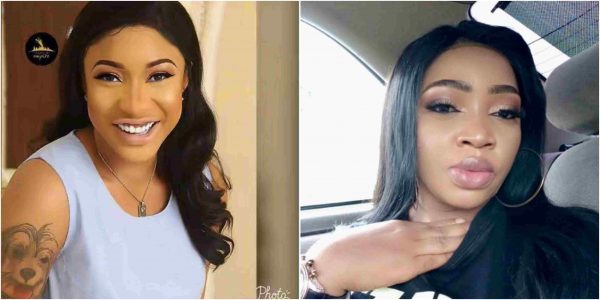 Tonto Dikeh and Blessing Osom
Blessing Osom, a former bestie of Tonto Dikeh has opened up on how she pimped the actress by hooking her up with a wealthy man who paid her bills.
Recall that Osom had some days ago shared evidence showing the N3 millon Tonto's ex-husband, Olakunle Churchill gifted her.
Sharing the story how she introduced Tonto Dikeh to a man who was paying her bills, running into millions, last year, she wrote:
When people talk about running away from friends like me, i’m amused, but i doubt Tonto Dike will ever have a friend like me. I refused to discus my issue with Tonto because I wanted to be matured about it. I think there is need to clarify issues for concerned parties.
A year ago I posted a picture of my meal on my DM and Tonto commented about coming to eat and also added she would like us to talk about doing business together. I responded to the Dm by saying it’s fine. Hours later, Tonto drove in with a friend and we had lunch. She made mention of her doing an empowerment program which they needed money, but because the event was close and in two days, i was only able to raise 500k which was the only funds used for the event. Till date, Tonto has not empowered the graduating students.
Tonto also told me she needed money for rent because of the pressure she was getting from the facility management, I had to introduce her to someone who helped in sorting the rent and the person was constantly giving her millions of Naira. * Tonto never had food in her house for herself and workers asides her son’s food. I made sure that we constantly sent food to her house and never allowed her to cry as she was always depressed. * I was a friend that left my car for Tonto because she never had a good car to befit a celebrity as she claims.
Please ask Tonto if she had ever used her money anytime we were out together?? She will always bring up excuses like…” I forgot my ATM or my PA didn’t come out with my ATM. I knew she didn’t have cash and I was always willing to cover her up. Most times when she goes for an event, she will invite all the media houses but will never have any money at hand to pay. At the end of the day, She will move to my restaurant and will ask me to help her pay which I’ll eventually pay
* Now fast forward to her SA invitation. She had a church invitation but didn’t have funds for the trip, I personally took Tonto to church, prayed with her for God to have mercy and turn around things. I personally paid in 4m to her account (i have proof) to facilitate the trip cause it was prayers answered. On reaching the embassy, Tonto was not with her Visa fee.
I knew she didn’t have the funds, I paid visa fee for 4 of us meant for the trip and also paid for the VIP lounge which she was not allowed to enter without payment. Prior to this, Tonto borrowed 300k from me which she never paid until we got to SA.
I personally brought my designer bags, cloths, Jewelries for Tonto to use for the event. After the event, she started giving me attitude just because she never wanted to share any money with me. ( take note it was a church event and nothing else) I was never upset with her cause money doesn’t matter at all to me. Tonto is a very pleasant person anytime she wants something from you.
*After all Tonto did to me, guess what?she went ahead to blackmail me and my restaurant. The same restaurant she was eating from.
She went to all the ladies in Abuja including the one that had a restaurant to promote them and also say negative things about my person.
Tonto was basically looking for all my enemies to make friends with. I did not complain??? So why is she and some people upset because i am friends with Churchill????? I can never inherit Tonto’s enemies because i know she’s not a good person. While we were friends, I know Tonto has a lot of fake account which she uses online to insult people she has issues with. I read comments of people online saying i am bad, that i am jealous of Tonto and also sleeping with Churchill! Hey am too busy for such.
Please LET US BE CLEAR ON THIS, Tonto never introduced me to Churchhill, he came on his own with his friends to eat in my restaurant. This happened before she tried being friends with me just to use me. It was my birthday and for God’s sake “ A gift is a gift”.
Tonto is used to paying people evil for good, but I know that God in heaven isn’t asleep, he will surely pay both of us back in our own coin. Let him be the judge. I rest my case. 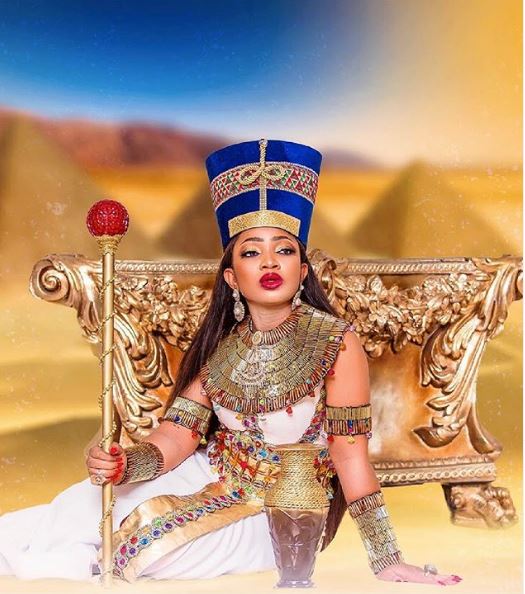