A plane has crashed shortly after taking off leaving some passengers suffering life-threatening injuries. 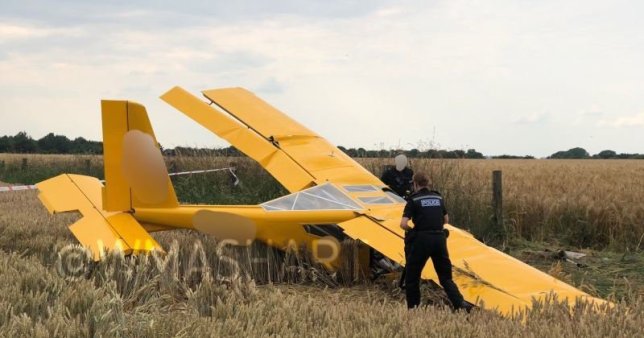 The plane crash landed in a wheat-field shortly after take-off (Picture: PA)
Two men suffered non life-threatening injuries when their light aircraft crash-landed in a wheat field shortly after take-off, a report Metro UK.
One of the two casualties was trapped in the plane after it came down close to Otherton Airfield, near Penkridge in Staffordshire, at around 3.45pm on Tuesday.
Two ambulances, two paramedic officers and the Midlands Air Ambulance from Cosford were sent to the scene.
A spokesman for West Midlands Ambulance Service said: ‘On arrival, ambulance staff found a small aeroplane that had crash-landed in a field. ‘Thankfully it had remained the right way up, though it had suffered considerable damage.
‘One of the occupants was trapped and had to be assisted out by ambulance staff and firefighters.
‘The two men, who were both in their 60s, were taken by land ambulance to New Cross Hospital in Wolverhampton with injuries not thought to be life-threatening.’ 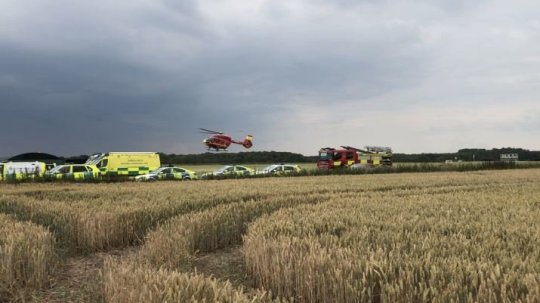