UPDATE: Family Refutes Claims That Makeup Artist, Deborah Tushima Was Poisoned At Her Birthday Over An IPhone 11
Recent Stories

We Cried, Made Love For The Last Time And Broke Up


This story has been cracking people up on social media as many believe there might be a missing script which the writer has refused to believe.

Relationship adviser and blogger, Joro Olumofin has shared the story of a young man who broke up with his girlfriend in the most awkward way.
Rather than insult her or throw her thing out, the duo decided to have good s*x for one last time after crying together and they broke up.
The lady also cleaned up his house and walked away. In less than 24 hours, the guy is missing her badly and seeking reconciliation.
Read the Nollywood-like drama below: 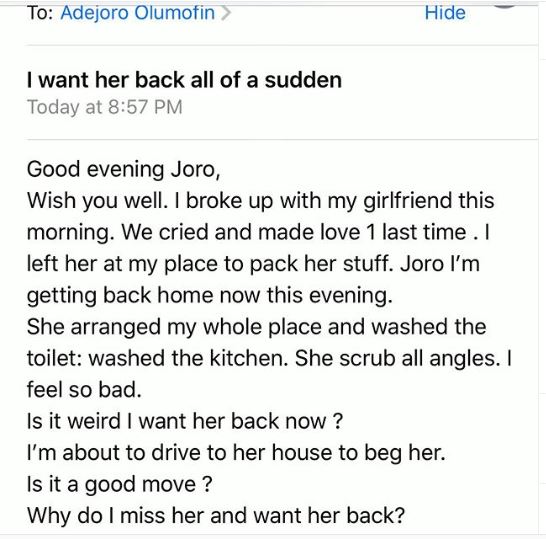