Nigerian footballer, Odion Ighalo has emerged as the highest goalscorer at the 2019 AFCON. 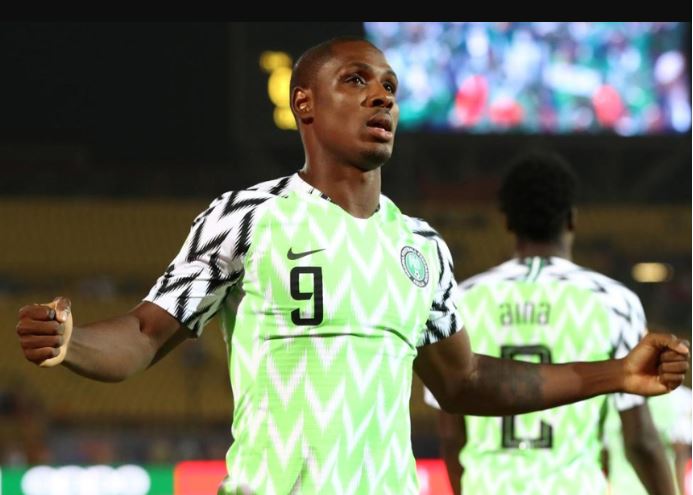 Odion Ighalo
Super Eagles of Nigeria striker, Odion Ighalo has won the Africa Cup of Nations Golden Boot award after finishing top of the goal-scorer standings.
The Shanghai Shenhua striker finished the tournament with five goals ahead of Riyad Mahrez, Adam Ounas, Cedric Bakambu, and Sadio Mane who all scored three goals respectively.
The 30-year-old, who was also the top scorer in Africa Cup of Nations qualifying with seven goals is the now the sixth Nigerian after Segun Odegbami, Rasheed Yekini, Julius Aghaowa, Jay-Jay Okocha & Emmanuel Emenike to win Afcon’s top scorer prize.
Ighalo, who is expected to make a formal announcement about retiring from international football has made 16 strikes in 35 caps for Nigeria so far.
See the top ten scorers at the 2019 AFCON: 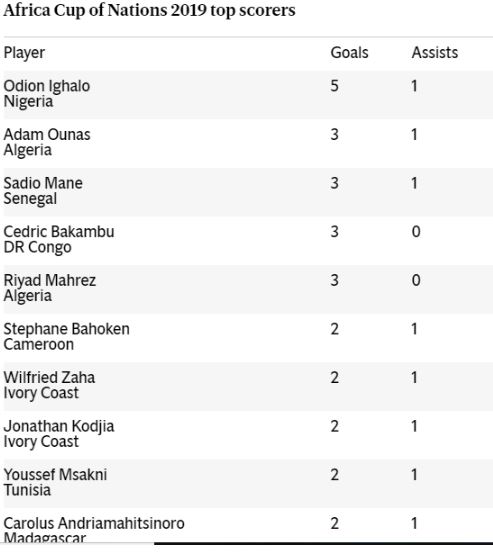