It seems like Khafi and Gedoni have finally engaged in coitus following the release of a new video. 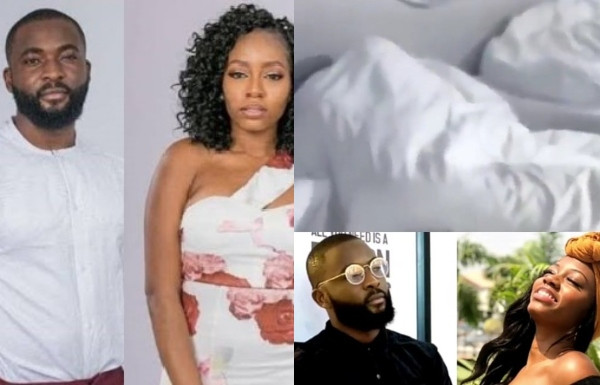 Gedoni and Khafi
It seems like the relationship between Khafi and Gedoni has taken a huge dimension after they were reportedly caught engaging in what appears to be sexual intercourse.
The incident happened on Friday night. The two were caught in the act by other housemates while wrapped under the sheets.
It is not certain if they were actually having s-x but it seems so as the sheet moved in that rhythm.
The ''sex scene'' had some "witnesses" which were Diane and Tuoyo.
Diane was having a heart-to-heart talk with Tuoyo on not knowing who she will loose her virginity to or when she plans to, and they stared in shock when the bed Khafi and Gedoni laid on gave off some squeaky sound.
Here is the video below: