A man has been caught on camera climbing a 19-storey building to save his mother from a raging fire. 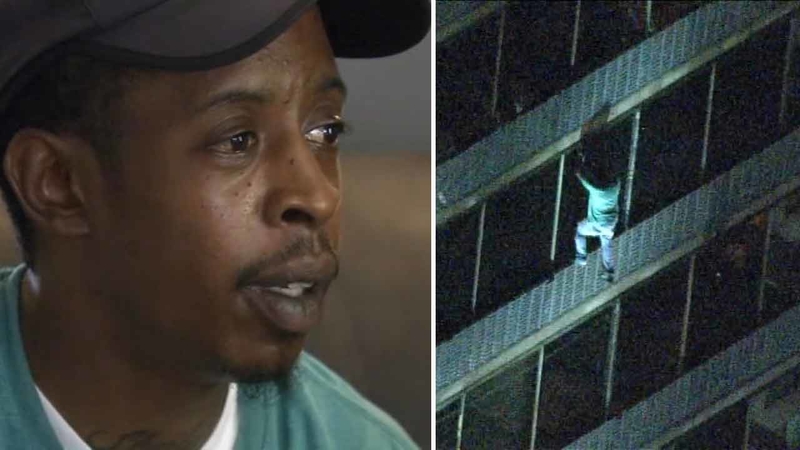 The man went long distances to save his mother
A Philadelphia man simply identified as Jermaine showed nothing short of love and devotion when he climbed a 19-story building to save his mother from a fire, New York Post reports.
Last week, Jermaine received a call from his sister explaining that their mother’s high-rise apartment building was on fire. Immediately, the 35-year-old jumped into action. He raced over to the Westpark Apartments and started to scale the outside of the building in hopes to rescue his bed-ridden mother.

“I climbed up with some barbed-wire cutters to cut the gate so at least the firefighters will be able to get upstairs,” Jermaine explained. “When I first got out there there was a 100 cops out there, 50 firefighters. They said the whole building was on fire and they wasn’t letting nobody in…I took it upon myself because that’s my mother. There’s no limits for my mother.”
Thankfully by the time he reached his mother, the fire had not reached her 15th-floor apartment. Jermaine’s mother and her boyfriend were told to wait on the porch while the fire and smoke were being contained. After realizing his mother was fine, Jermaine started to make his way down and that’s when news cameras began capturing his feat. Jermaine’s story has now become a big sensation, but he doesn’t feel that what he did was extraordinary.

“I think if anyone else was in that circumstances they would do the same thing, because don’t nobody want to just sit outside and lose their mother,” Jermaine said.
Below is a video of the man scaling the building
Top Stories