What Lagos Assembly Will Do To Sanwo-Olu - Speaker


Obasa spoke at Agege Victory Party he organised to celebrate his fifth re-election to the Lagos Assembly and his emergence as the Speaker of the State Assembly for a second term. 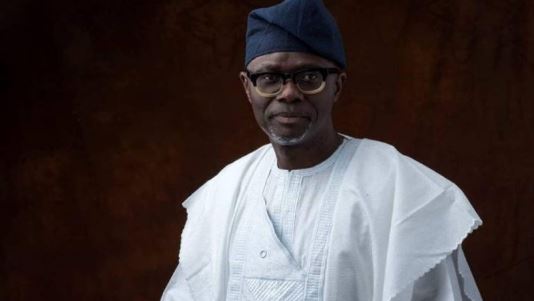 Governor Babajide Sanwo-olu
Mr Mudashiru Obasa, Speaker of the Lagos State House of Assembly, on Sunday said that the Assembly would serve as a watchdog to Gov. Babajide Sanwo-Olu, to ensure he delivers on his campaign promises.
Obasa spoke at Agege Victory Party he organised to celebrate his fifth re-election to the Lagos Assembly and his emergence as the Speaker of the State Assembly for a second term.
The News Agency of Nigeria (NAN) reports that the event brought together party bigwigs across the state.
They included: Gov. Babajide Sanwo-Olu and his deputy, Dr Obafemi Hamzat, members of Governor’s Advisory Council (GAC) and the state APC Chairman, Alhaji Babatunde Balogun.
Others were: members of the Lagos Assembly, members of House of Representatives, women leaders, youth groups, party faithful, among others.
Speaking to newsmen, Obasa said: “We are ready to cooperate with the executive to ensure it delivers. In doing that we are not going to sacrifice our responsibilities as the law requires.
“We are like a watchdog for the executive and that is what we are going to do by performing our oversight functions, investigations and so many other things.
“I want to assure you that we are all going to collaborate with this administration in the interest of the people of Lagos state.’’
Obasa, who chairs the Conference of Speakers of State Legislatures of Nigeria, commended Sanwo-Olu for his resolve to complete Pen Cinema Bridge, saying the resolve had excited the people of Agege and Lagos at large.
He attributed his consistent re-election till date to the people’s love, grace of God and his passion about the interest of the people, and promised not to let the constituents and the state down.
Obasa said that the Assembly would not be a rubber-stamp.
He noted that the people of the state deserved the best at this time and the legislature would collaborate with other arms of government for development.
“Let me remind us all that it is time to work. Let us make sure we fulfil all our campaign promises.
“Our governor, Mr Babajide Sanwo-Olu has started well and he has promised to visit Pen Cinema area in Agege and see the ongoing bridge project there and ensure its completion,’’ he said.
On security, the speaker said the task was not the job of the police alone, but required the cooperation of all.
In his brief remark, Sanwo-Olu expressed appreciation to the people of Agege for supporting the ruling APC and promised to ensure development all over the state within the next four years.
Sanwo-Olu said: “We will repair your roads, give you schools and health facilities in Agege area of the state.
“We have started development projects all over the state and we will ensure development in all areas of the state through road construction, healthcare and provision of infrastructure in our schools.
“We appreciate the people and leaders of Agege for their support for the party and for the speaker.
“Your leaders are good leaders because of your support for them and I am happy that you have these leaders. Agege is up there, we will not deprive you of all that you deserve,’’ the governor said.
Top Stories