A Nigerian army commander has said repentant Boko Haram members can rise to become great in society and can even become president. 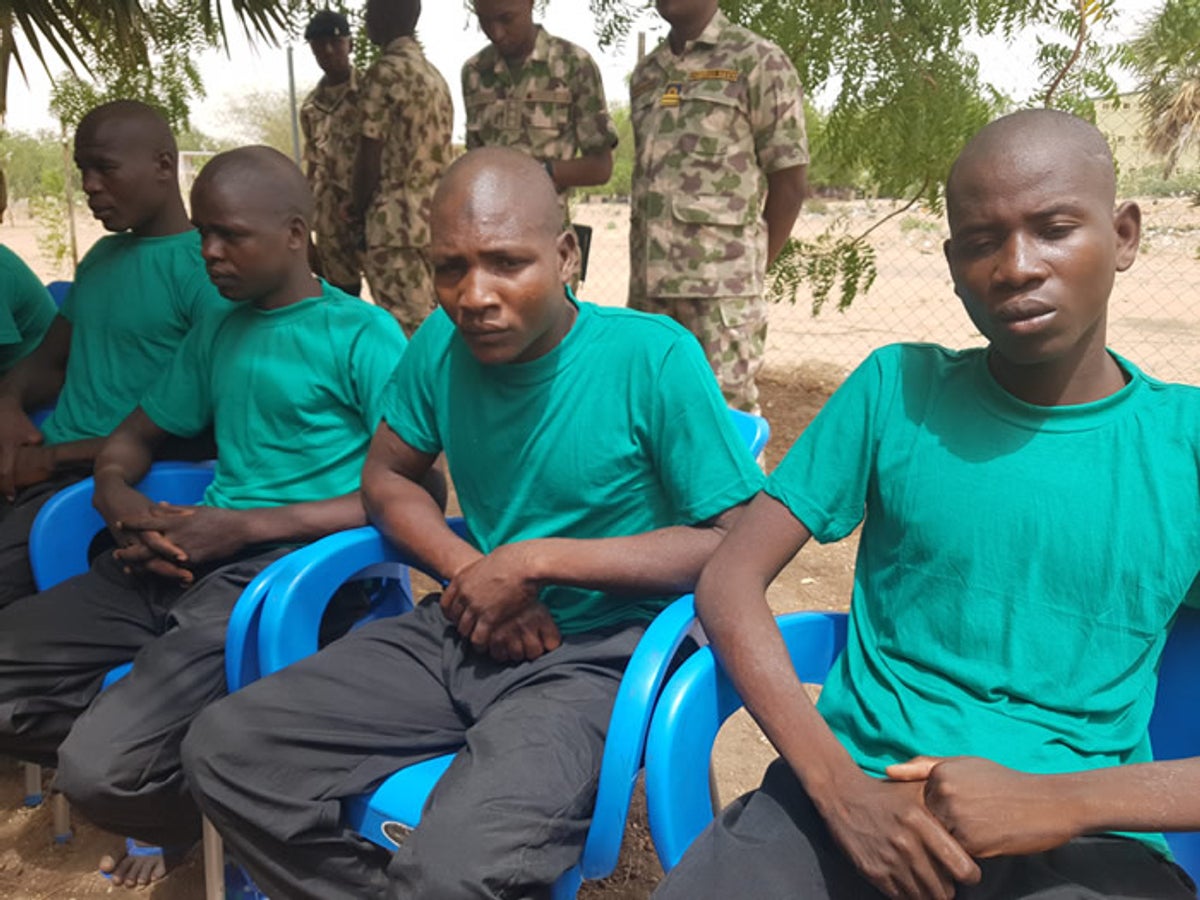 File photo: Repentant Boko Haram members
According to a report by Punch Metro, the General Officer Commanding, 7 Division, Maj. Gen Abdulmalik Biu, says repentant terrorists who lay down their arms stand the chance of becoming great in society and even emerging as the President of Nigeria.

Biu said this during an interview with journalists in Borno State while calling on Boko Haram members to lay down their arms.

He said, “Boko Haram should lay down their arms unconditionally and be accepted in their community; opportunities are out there for them. They can be rehabilitated. An ex-Boko Haram member who has laid down his arms and turns away from negativity stands to become the President of this country and take up any position in this country.

“Why is he wasting his time when he cannot even deliver? But we have appealed to them including their collaborator to see reason to drop their arms as quickly as possible so that we can once again re-occupy our position in Nigeria and Borno State.”
Biu said there was a time for everything even as he noted that the people of Borno State were yearning for peace at the time for such is now.

“Nigeria deserves peace, the North-East deserves peace, the people of Borno deserve peace because it is only when there is peace that there will be development and it is time now and that is why I said there is time for everything. If we were in difficult times for eight years, it is now time for peace.”
Top Stories