In her response, however, Olunloyo said she joined CNN in 1994 before Busari graduated from school. 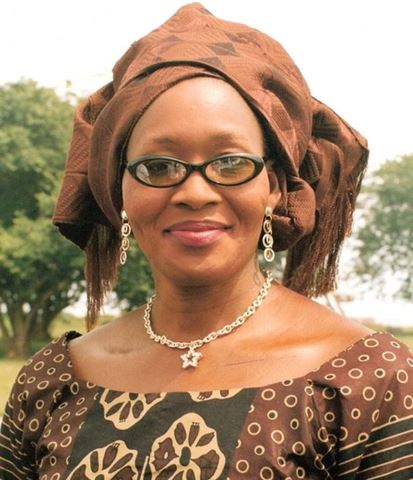 Kemi Olunloyo
Controversial blogger, Kemi Olunloyo, has set Twitter on fire following claims that she worked at CNN for 20 years.

Olunloyo, who was detained for several months last year for alleged criminal defamation, said on Twitter that she was an investigative journalist with CNN from 1994 till 2014.

She tweeted, “Some of these fools following me have no idea that I spent 20 years at CNN in five different capacities. They don’t even know that the CNN they watch here is not exact same as CNN USA.”

However, CNN correspondent in Nigeria, Stephanie Busari, quickly faulted Olunloyo’s claims, explaining that Olunloyo was only interviewed a couple of times by the network but was never an employee of the media giant.

Busari wrote, “I have not seen any evidence of this work for CNN beyond a few rambling interviews for some of the shows in 2009. Please enlighten me on your 20-year history with CNN.”

In her response, however, Olunloyo said she joined CNN in 1994 before Busari graduated from school.

Olunloyo argued, “Ignorance does not excuse stupidity. I started at CNN as a contributor in 1994, way before your time. Research: a few rambling interviews for some shows in 2009 is why Donald Trump has downgraded your network to fake news.”

Busari, however, challenged the controversial blogger to state the positions she claimed to have held during her 20 years at CNN.

“You said in your previous tweet that you spent 20 years at CNN in five different capacities. What were they and when? Interviews with an anchor are not the same as working at CNN. It may be before my time but a 20-year history should yield more than three Google results all on the same topic.”

The blogger, however, stood her grounds, insisting that she worked at CNN.

Olunloyo’s claim has attracted over 1, 500 tweets on the micro-blogging site.

Several users faulted her claim, insisting that she already had a reputation for telling lies.

The former governor’s daughter is not new to controversy as she has been known to make several allegations against many popular persons in the society.

Some of those who have not been spared by Olunloyo’s broadsides include - Pastor Enoch Adeboye of the Redeemed Christian Church of God, music star, Davido; singer, Timi Dakolo, and wife Busola; celebrity blogger, Linda Ikeji; and many more.
Top Stories