It has been reported that a deputy commissioner of police lost his life during the clash between Shiites and police today. 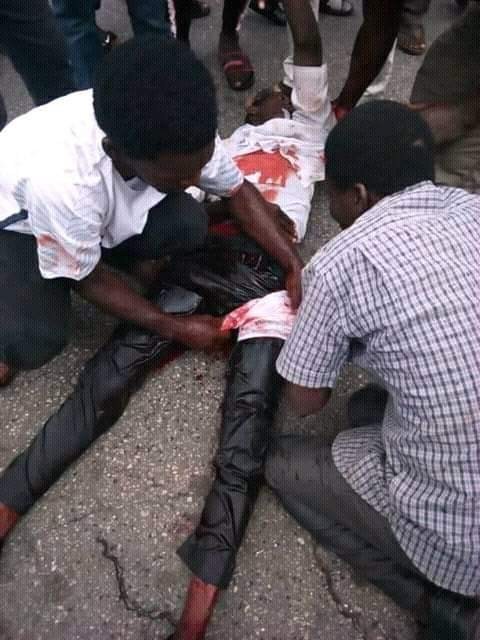 A gunshot victim today in Abuja during Shiite protest
A deputy commissioner of Police in charge of operations in the FCT was reportedly killed in Shiite, police clash on Monday, according to Punch.
Recall that Shiites clashed with police officers in Abuja during a protest today leading to the death of many others.
Following the incident, the Inspector-General of Police, Mr Mohammed Adamu was summoned at the villa to brief President Muhammadu Buhari on the activities of members of the Islamic Movement in Nigeria (IMN).
Mr Adamu disclosed this to State House correspondents on Monday when he met the President at the Aso Villa in Abuja.
He said the President directed him to provide security for every Nigerian.
Top Stories