Following his painful death, the body of Precious Owolabi has left the morgue where the NYSC DG paid his last respect. 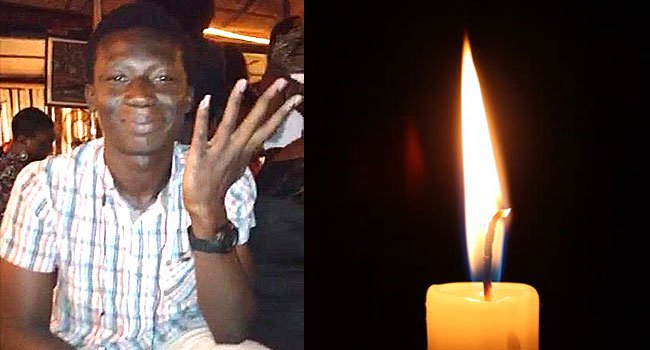 Precious Owolabi
It was a painful sight to behold as the body of Precious Owolabi, a member of the National Youth Service Corps working with Channels Television as a reporter left the morgue where the NYSC DG paid his last respect. 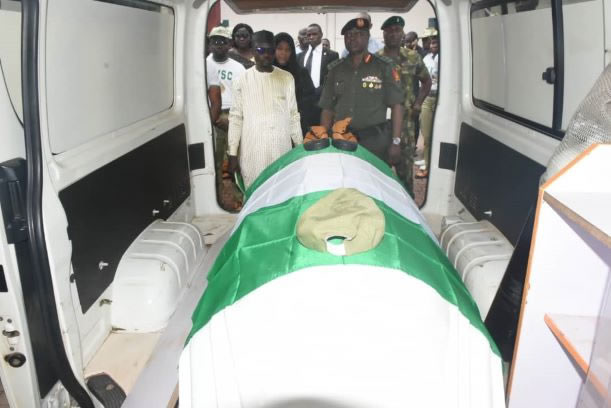 NYSC Director-General, Brig.-Gen. Shuaibu Ibrahim, inspected the remains of a corps member before it was removed from the National Hospital Abuja, on Tuesday.
Owolabi died of gunshot injuries he sustained during Monday’s violent confrontation between the Police and the Shi’ites. 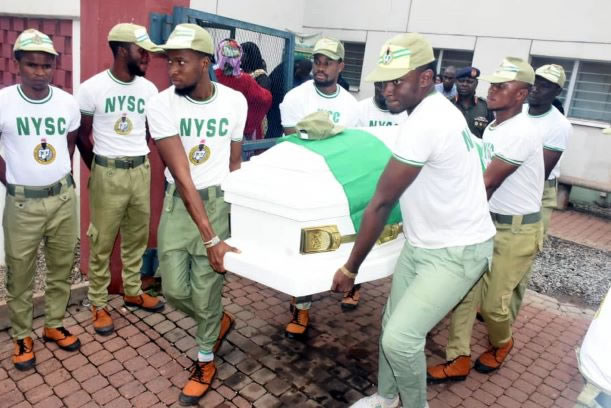