LaLiga Could Block Griezmann's Move From Atletico Madrid To Barcelona


Griezmann has already played a friendly for his new club, a 2-1 defeat by Chelsea in Japan on Tuesday. 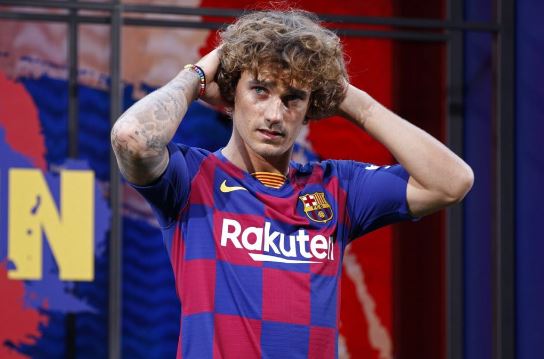 Antoine Griezmann
Atletico Madrid have asked LaLiga to block Antoine Griezmann’s move to Barcelona, in a dispute over the transfer fee between the two clubs, according to the Spanish league’s president, Javier Tebas.
Barca announced the signing of Griezmann this month for €120million, but Atletico complained that the Catalan club had not paid enough to trigger the player’s release clause.
The buy-out clause dropped from €200m to €120m on July 1.
Atletico claim that Griezmann’s May 14 announcement that he was leaving the club, is proof a deal was struck between the player and Barcelona much earlier.
“[Atletico] submitted a complaint and put in doubt whether we should pass Griezmann’s licence to Barcelona.
“There’s a process that has been put in motion and those overseeing it will have to come to resolve the case.
“It is possible to block a player’s transfer. LaLiga will have to decide what course of action to take,” Tebas told Spanish radio station Onda Cero on Wednesday.
Griezmann has already played a friendly for his new club, a 2-1 defeat by Chelsea in Japan on Tuesday.
Top Stories