How Man Utd Are Frustrating Arsenal's Quest To Sign Zaha


Palace attempted to remove the clause during negotiations with United over the transfer of Aaron Wan-Bissaka recently. 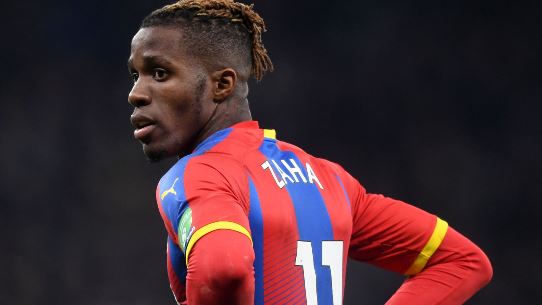 Wilfried Zaha
Arsenal’s hopes of signing Wilfried Zaha are being scuppered by Manchester United, the Evening Standard reports.
The Gunners have made winger Zaha their top target this summer.
However, their initial £40million bid has been rejected, with Crystal Palace valuing their man at £80million.
With Arsenal manager, Unai Emery, struggling on a budget of £45m, it looks like the Gunners will end up frustrated in their bid to sign Zaha.
Palace are determined not to let the 26-year-old go for less than their £80m valuation and that is partly because of a 20% sell-on clause in his contract installed by United, when he returned to Selhurst Park in 2015.
United would be due around £15m from Zaha’s sale if Palace were to get their full asking price.
Palace attempted to remove the clause during negotiations with United over the transfer of Aaron Wan-Bissaka recently.
But the Red Devils rejected the attempt to remove the clause, arguing that the £6m fee they accepted for Zaha in 2015 was well below the forward’s value.
Top Stories