Social media giant, Facebook has been fined the sum of $5 Billion Dollars by the US Government For Breaching its users' Privacy. 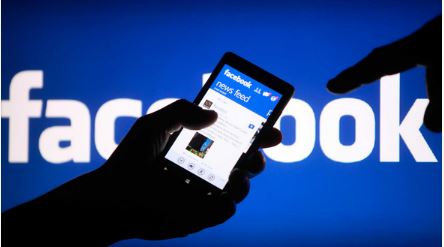 File Photo
The US Federal Trade Commission said on Wednesday that Facebook has also agreed to review the way they handle their users’ privacy.
Apart from the $5 Billion Fine, Facebook CEO Mark Zuckerberg was asked to make sure the company complies with global privacy measures, to avoid Civil or Criminal Penalties.
FTC Chairman Joe Simons was quoted saying: “Despite repeated promises to its billions of users worldwide that they could control how their personal information is shared, Facebook undermined consumers’ choices.
“The magnitude of the $5 billion penalty and sweeping conduct relief are unprecedented in the history of the FTC.
“The relief is designed not only to punish future violations but, more importantly, to change Facebook’s entire privacy culture to decrease the likelihood of continued violations.”
The $5 Billion fine slammed on Facebook just set a new record as the highest fine ever imposed on a company for breaching its users’ privacy or data, as no other company had ever been fined such amount for privacy breach.
The Federal Trade Commission said that the Facebook ‘Tag Suggestions’ Setting was deceptive as Facebook did set the feature to automatically turn on every users’ account, despite stating in its privacy Page that users are required to opt into the Facial Recognition feature before it can be added to their accounts.
The FTC also stated that Facebook asks’ it’s users to provide their phone numbers so that a security feature can be enabled on their accounts, but failed to also inform the users that their phone numbers are being used for advertising purposes too.
Facebook was also asked to create a board which will be responsible for removing “unfettered control by Facebook CEO Mark Zuckerberg over decisions affecting user privacy.”
Top Stories