Three armed robbers have died a terrible death today after they were killed during a foiled bank robbery. 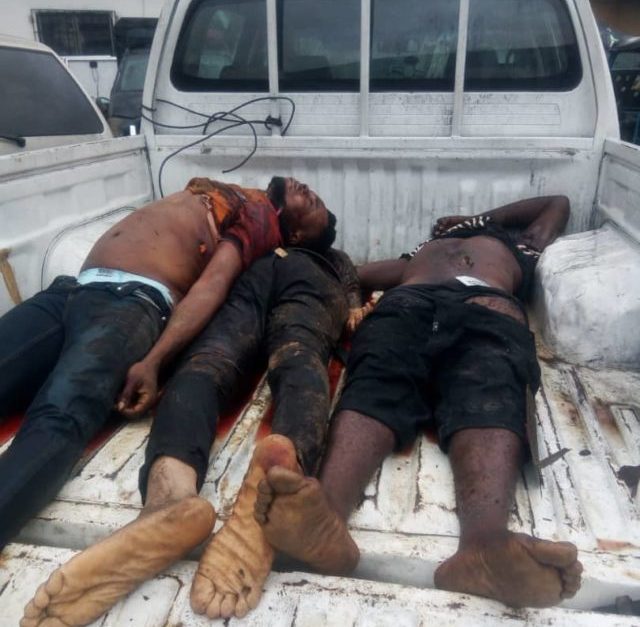 The robbers killed by police
The Rivers State Police Command said three armed robbers have been shot dead in a gun-battle as the police foiled attempt by some robbers to rob a new generation bank in Port Harcourt.
The State’s Police Public Relations Officer PPRO, DSP Nnamdi Omoni, while parading the suspects said men of Special Operations Squad, acting on credible information, on Thursday, engaged the hoodlums who opened fire on the Police.
Nnamdi Omoni said “the renewed war launched against criminal’s element is in line with the CP Dandaura’s earlier statement that he was here in the state to the business of crime fighting and that criminals would be fought to a standstill.”
He said men of Swift Operation Squad, SOS ,acting on credible information stormed GRA to trail these armed robbers who had perfected plans to rob a new generation bank along Birabi Street, but were intercepted and that on sighting the police, engaged them in a cross fire and that in return three of the robbers were shot dead.
Omoni explained that two AK-47 rifles were recovered during the operation.
Top Stories