The spokesperson of Buhari Campaign Organisation said that he will unbundle the Supreme Court if appointed the Attorney General of the Federation and Minister of Justice. 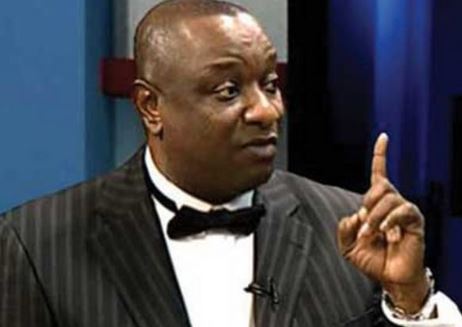 Festus Keyamo
Mr Festus Keyamo (SAN), the ministerial nominee for Delta has said he will unbundle the Supreme Court if made the Minister of Justice and Attorney General of the Federation.

Keyamo disclosed this on Friday while taking questions from members of the Senate at the ongoing ministerial screening exercise in Abuja.

The human rights activist, who was the fourth nominee to appear in the red Chamber on Friday, said it was “scandalous” to have only one Supreme Court in Abuja, attending to the whole country.

He said he would press for constitutional changes to create six more regional Supreme Courts. He attributed the current delay of judicial processes at the apex court to heavy traffic of cases coming from the 36 states and the FCT.

He proposed that the Appeal Court in Abuja should only be made to attend to constitutional interpretation, political and election matters. He also advocated for the decongestion of the prisons across the country.

He said this would be made possible by making sure that every Divisional Police Officer opens his cells to the nearest magistrate to ascertain why suspects are detained.

He also called for the amendment of the criminal laws across the states, particularly calling for the review of the powers of the Director of Prosecution and their Attorneys General, to avoid abuse of office.