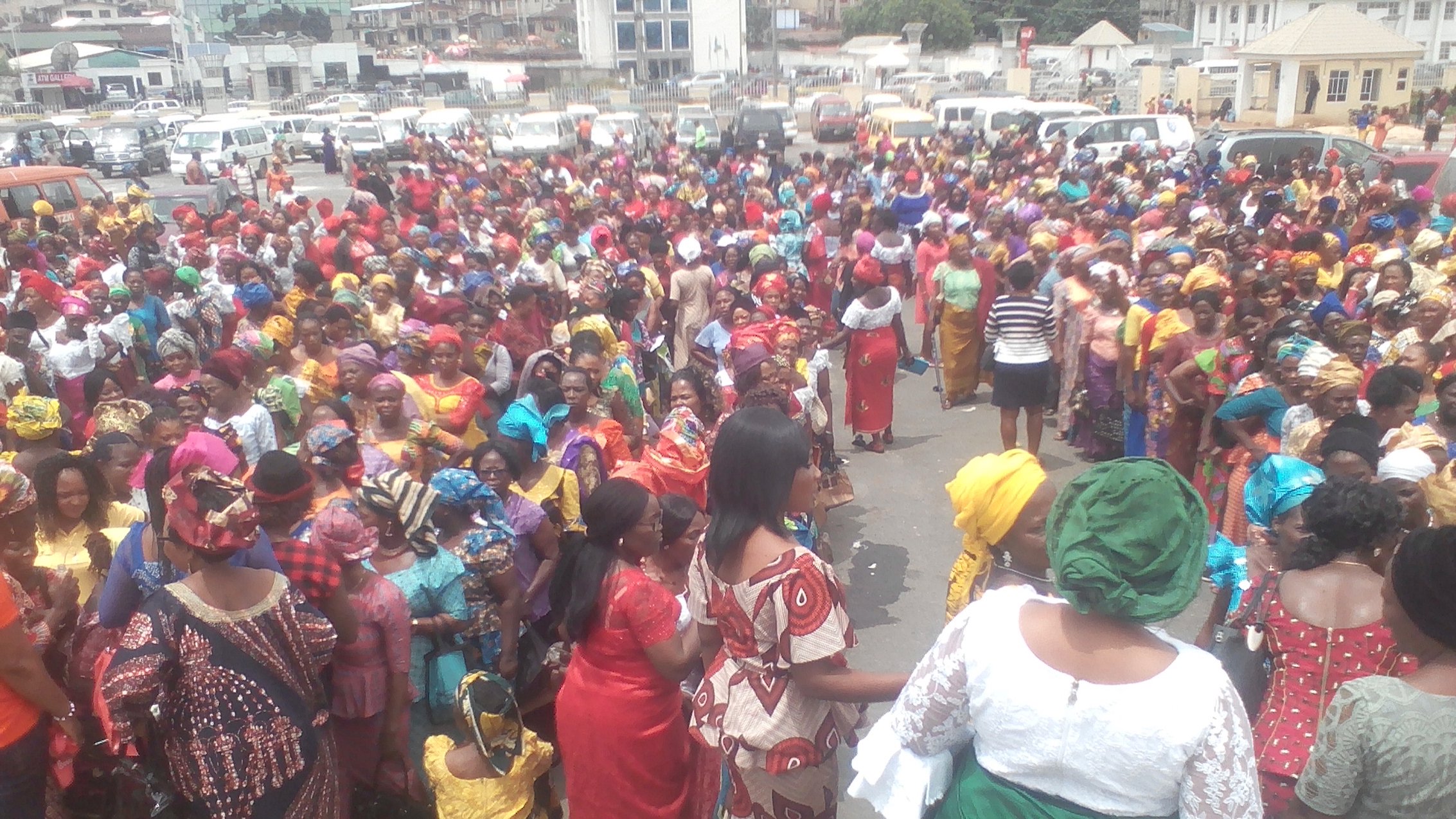 File photo
Thousands of Women, under the auspices of PDP Women Liberators (PWL), staged a peaceful protest during the weekend, demanding an apology and stoppage of alleged harassment against ex-Governor Rochas Okorocha’s daughter by the agents of Governor Emeka Ihedioha-led government in Imo State, Daily Post reports.

Okorocha’s daughter, Uloma, is married to Chief Uche Nwosu, a former Chief of Staff to the Imo State government and the state governorship candidate of Action Alliance (AA) in the last 2019 polls.

Speaking on behalf of the PDP Women, on which was monitored by DAILY POST at the weekend, the leader of the group, Mrs. Adiela Uzoma, expressed disappointment with the action of the governor, regretting that such action has the tendency of portraying the party in bad light before Nigerians.

However, the Woman leader (Uzoma) said, “Nothing has so ridiculed the image of our party than the molestation meted on one of Imo’s brightest female stars, Mrs. Uloma Nwosu, by an aide of our governor, and the leader of our party in this state. We wish to first of all distance ourselves and all PDP women in Imo State from such action.

“We are the nucleus of PDP in this state, as we hold the power button of the party. We wish to clearly state our disappointment with the governor for his silence over this regrettable abuse on women by his agents.

” Even though Uloma Nwosu is not a member of our party, the PDP Women Liberators is built on the vision of promoting the party (PDP) as gender friendly and sensitive. We categorically condemn any action that portrays our Party otherwise.

“We hereby demand that the governor; tenders an unreserved public apology to Mrs. Uloma Nwosu and her family within 72 hours of this publication. And to bring to the book, everyone involved in this abuse of women. We will take step to ensure that such abuse on women is stopped forthwith.

“The governor also should tender an unreserved apology to Mrs. Uloma Nwosu, whom we consider an Amazon of grace and enterprise. He (Ihedioha) should apologize to the family of the immediate past governor of the state, Rochas Omorocha and to Chief Uche Nwosu for this unwarranted abuse.”
Top Stories