Three Nigerian authors have reportedly made the longlist for the 2019 International Booker Prize. 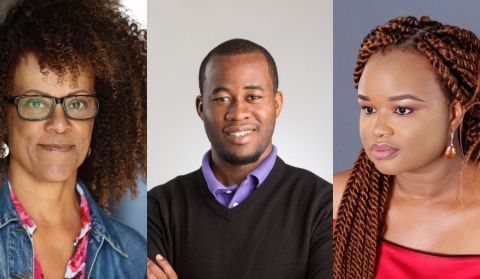 The International Booker Prize is an international literary award hosted in the United Kingdom.

The introduction of the International Prize to complement the Man Booker Prize was announced in June 2004.

The News Agency of Nigeria (NAN) reports that Bernardine Evaristo, a British-Nigerian, made the list for her eighth book, ‘Girl, Woman, Other’ and Chigozie Obioma for his second novel, ‘An Orchestra of Minorities’.

Oyinkan Braithwaite was long listed for her debut novel, ‘My Sister, the Serial Killer’ which also made the Women’s Prize shortlist in April.

This is the first nomination for Evaristo and Braithwaite, and the second for Obioma, following his 2015 shortlisted debut, ‘The Fishermen’.

Braithwaite’s nomination makes her the youngest candidate for the £50,000 prize in 2019.

Evaristo’s ‘Girl, Woman, Other’ follows the lives and struggles of twelve different characters. Mostly women, black and British, they tell the stories of their families, friends and lovers, across the country and through the years.

Obioma’s ‘An Orchestra of Minorities’ tells the story of Chinonso, a young poultry farmer whose soul is ignited when he sees a woman attempting to jump from a highway bridge.

Written in the style of the Igbo literary tradition, Obioma weaves a heart-wrenching epic about destiny and determination.
In the thriller ‘My Sister, The Serial Killer’, Braithwaite tells the story of the complex relationship between a murderous yet glamorous Lagosian fashion designer.

It also follows her responsible older sister, who’s always ready with bleach and rubber gloves to help cover up a crime.

According to the Booker, 13 novels were selected from 151 submissions. Also long-listed are former winners: Margaret Atwood for her ‘The Handmaid’s Tale’ sequel, ‘The Testaments’ and Salman Rushdie for ‘Quichotte’.

NAN reports that the shortlist will be out on September 3, and the winner will be announced on October 14.
Top Stories