The Supreme Court has reportedly dismissed the case against Emeka Ihedioha's election in Imo state. 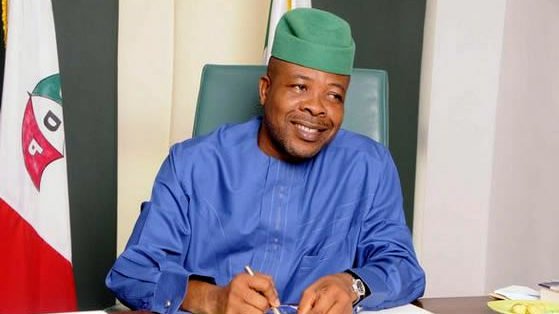 Emeka Ihedioha
According to The Nation, the Supreme Court has dismissed an appealed filed by a chieftain of the Peoples Democratic Party (PDP) in Imo State, Samuel Nnaemeke Anyanwu against the emergence of the emergence of state Governor, Emeka Ihedioha as the party’s candidate for the last governorship election.

A five-man panel of the court, in a unanimous judgment on Tuesday morning upheld the earlier concurrent judgments of the trial court and the Court of Appeal, Owerri, which held in favour of Ihedioha on the grounds that Anyannwu did not prove his case.

Anyanwu had faulted Ihedioha’s victory at the PDP governorship primary, but the trial court held that he could not prove his allegations of manipulation, thuggery among other vices, which he claimed marred the process.

Justice John Okoro, in the lead judgment, dismissed the appeal for lacing in merit and awarded a N200,000 cost against the appellant.
Details shortly...
Top Stories