3 Nigerians Arrested With 21 Bags Of Drugs In Cambodia (Photos)


Security operatives in Cambodia have arrested Nigerian drug traffickers with 21 bags of drugs. 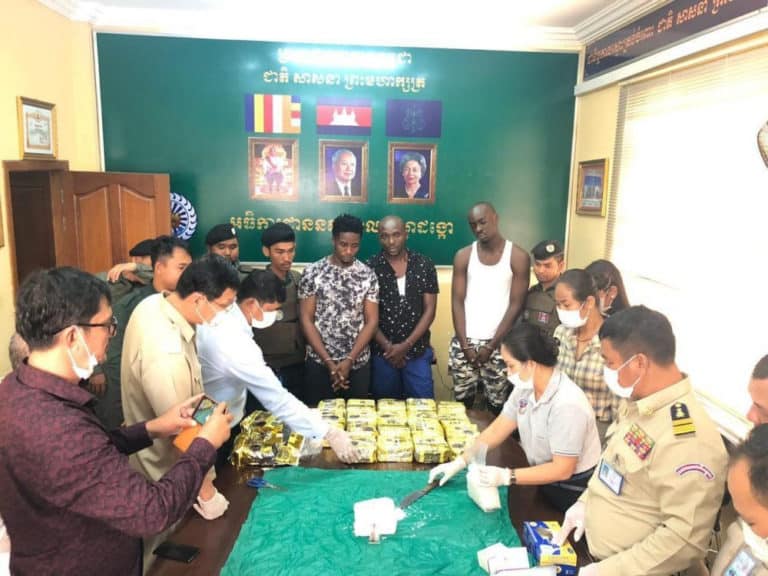 The Nigerians after they were arrested
Phnom Penh police, in collaboration with Dangkor district police, on Sunday arrested three Nigerians suspected of trafficking nearly 21 kilograms of crystal meth in Boeng Tumpon II commune.
Colonel Chim Sitha, chief of Dangkor district police, identified them as 35-year-old Maduka Jona Schibudo, 30-year-old Davis Candkwdo and 25-year-old Obiesie Chika Odinaka Chiemerie.
Col Sitha noted that they were arrested at about 8pm on Sunday after municipal anti-drug police, in collaboration with Dangkor district police, raided a room in Tony Guesthouse, which is located in Tnaot Chrum IV village in Meanchey district’s Boeng Tumpon II commune.
Col Sitha said that at about 5pm on the day of the arrest, the guesthouse owner alerted police about the men, who were suspected of hiding drugs in their rental room.
“They were arrested red-handed after police raided a room in a guesthouse in Boeng Tumpon II commune that they were staying in,” Col Sitha said. “After the raid and their arrests, police seized 21 large packages of crystal meth weighing nearly 21 kilograms, three passports, four phones, and other drug-related materials from them”
Lieutenant General Sar Thet, Phnom Penh police chief, yesterday said the suspects are currently detained at the Phnom Penh municipal police for further questioning.
Lt Gen Thet added that they will be sent to the municipal court for further questioning after police have completed their investigation.
“Police are now interrogating them to identify and arrest a ringleader or any other suspects who are linked to the case in order to punish them in accordance with the law,” Lt Gen Thet said. “Police are still working hard on this case.”

The moment 3 Nigerians were arrested with 21 bags of drugs in Cambodia . . Cambodian police have arrested three Nigerian men in Phnom Penh on suspicion of trafficking more than 20kg of crystal methamphetamine packed in 21 plastic bags. . . The suspects were arrested on Sunday at a guesthouse in Phnom Penh's Meanchey district after they had smuggled the drug in from Lagos. . . Under its law, anyone found guilty of trafficking more than 80 grams of illicit drug in Cambodia, will be jailed for life. The suspects are identified as Maduka Jonas Chibuzo, 35, Chika Odinaka, 25, and Davis Chime, 30.

Lt Gen Thet said the suspects are accused of drug possession and trafficking, and could face up to a life sentence if convicted.
See more photos below: 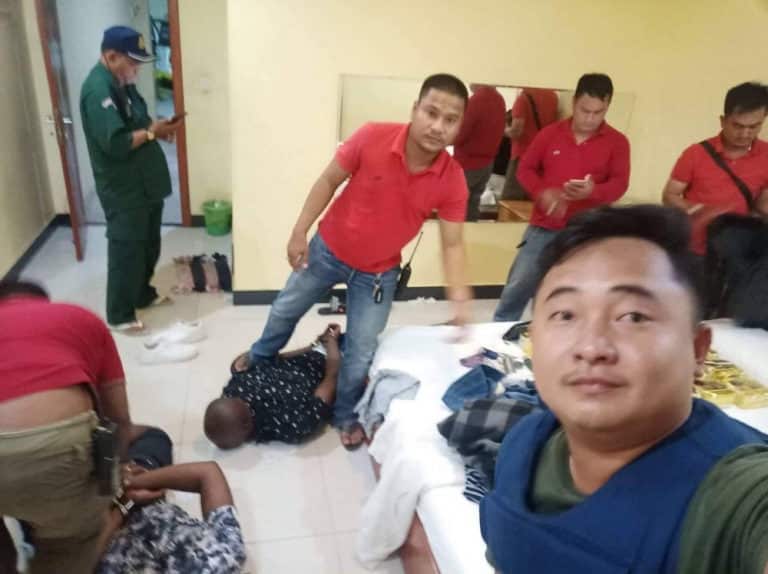 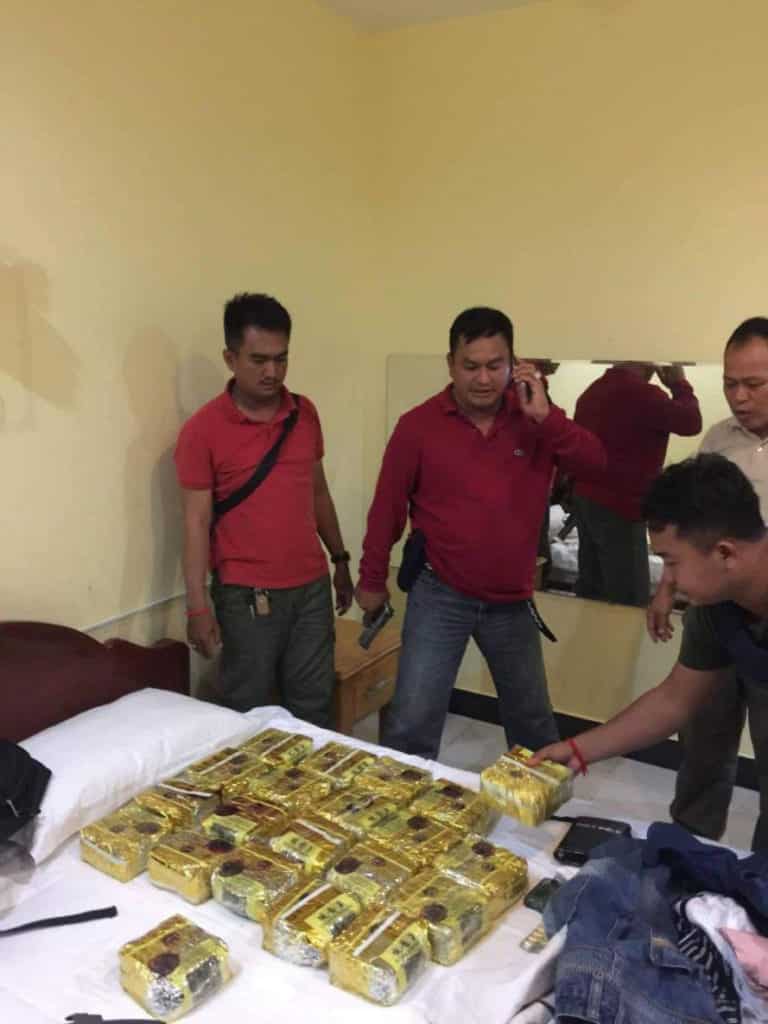 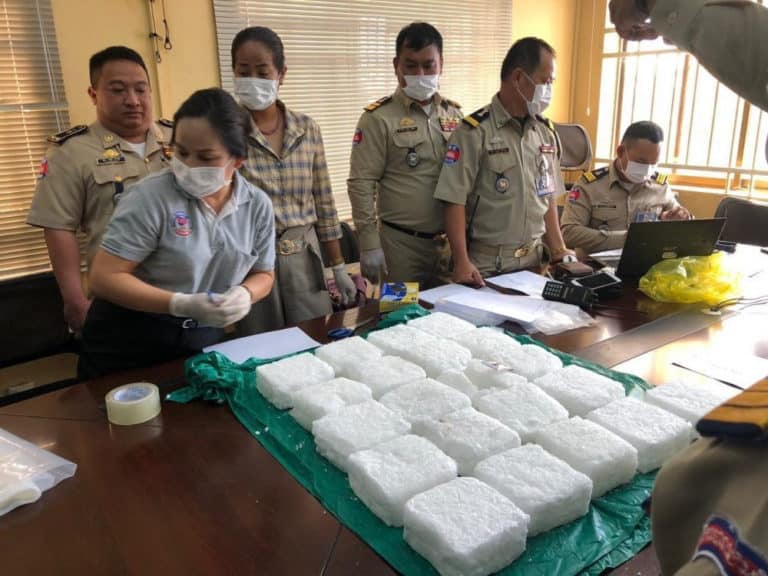